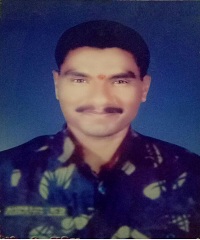 Sepoy Basavaraj was born on 20th August 1971 to Veerebhadrappa and Shantamma at Kondi Koppa Village in Annigeri Taluk of Dharwada district, Karnataka. He always wanted to join the army and decided to follow his dream after completing his graduation from his native place.  On 29th Oct 1993, he got enrolled into the Jat Regiment of Indian Army when he was 22 years old.

On 25th May 1996, he got married to Mallava and had two children named Sanjay and Sudeep.  During his service career of over 8 years Sepoy Basavaraj got posted to various operational areas and evolved into a battle hardened and committed soldier. He participated in numerous operations in a short time which included Op Savage Bengal, Op Vijay Kargil war , Op Rakshak J&K , and Op Parakram J&K. He was awarded with Op Vijay Medal for kargil war and also Sainya Seva Medal for his meritorious service.

During 2002, Sep Basavaraj’s unit was deployed in Doda district of J & K and was engaged in anti-insurgency operations. On 13th August 2002, the unit had received credible information from the intelligence sources about the presence of militants in Trenna village in Doda district. After analyzing the  intelligence inputs it was decided to launch a search and destroy operation to deal with the militants. Consequently a team of soldiers including Sepoy Basavaraj from the Jat Regiment set off to carry out the assigned task.

Sepoy Basavaraj is survived by his wife Mallava and two sons Sanjay and Sudeep.