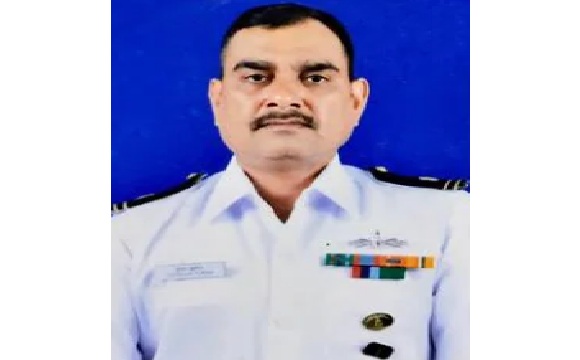 Master Chief Petty Officer I Krishan Kumar hailed from Sutana village of Panipat district in Haryana. Son of an army veteran Gopichand, he had two brothers Vishnu Dutt and Subhash Chand as his siblings. His elder brother Vishnu Dutt Kaushik too joined the Army like their father and the younger brother Subhash Chand Kaushik became a Sanskrit teacher.

He had the inclination to join the armed forces since his younger days and continued to work towards it. Eventually, he joined the Navy after completing his school education. After completing his initial training he served aboard various warships and developed into a professionally competent sailor. By 2022, he had put in over two decades of service and had been promoted to the rank of MCPO I which is equivalent to Subedar Major rank in the Army.

During Jan 2022, MCPO I Krishan Kumar was serving aboard INS Ranvir, one of the five Rajput-class destroyers with the Indian Navy based at Visakhapatnam. Manned by a crew of 30 officers and 310 sailors, INS Ranvir was commissioned into the Indian Navy in April 1986. The destroyer, built in erstwhile Soviet Union, has a displacement of 5,000 tonnes, length of 146 metres, beam of 15.8 metres and top speed of 30 knots. INS Ranvir is armed with a variety of weapons including surface-to-surface missiles, surface-to-air missiles, anti-aircraft guns and torpedoes. In Nov 2021, MCPO I Krishan Kumar moved to Mumbai, along with INS Ranvir on a cross-coast operational deployment from the Eastern Naval Command.

However on 18 Jan 2022, while deployed at the Naval Dockyard, a blast took place in the ship’s air conditioning compartment, which was possibly linked to Freon gas leak. At that time MCPO I Krishan Kumar along with his comrades was in the adjacent compartment and got engulfed in the massive fire following the blast. A massive rescue operation was launched immediately to control the fire and move the trapped and injured sailors to safety. MCPO I Krishan Kumar and thirteen other sailors got severely injured and were sifted to the medical facility for the treatment.  However MCPO I Krishan Kumar along with MCPO II Surinder Kumar and MCPO II A.K. Singh succumbed to their injuries and were martyred. MCPO I Krishan Kumar was a committed and valiant sailor, who laid down his life in the line of his duty in service of the nation.