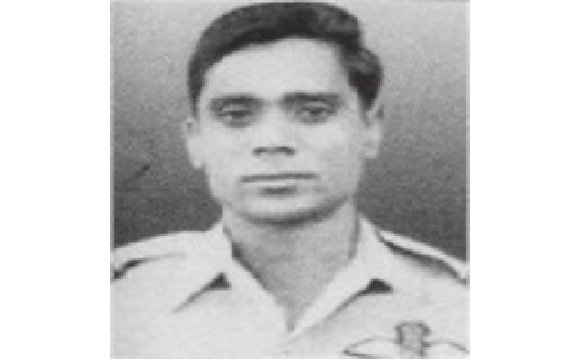 After completing his flying training, Flt Lt SG Khonde served with various flying squadrons located at different Air Force bases. After serving for sometime, he got married to Ms Rekha. By 1971, Flt Lt SG Khonde had put in about 7 years of service and evolved into a professionally competent fighter pilot having expertise in various air operations.

During 1971, Flt Lt SG Khonde was serving with 37 Sqn, known as “Black Panthers” and was based at Air Force Station Kalaikunda in West Bengal. The 37 Squadron was raised on 23 Dec 1957 at Air Force Station Palam with Squadron Leader Amrit Lal Bajaj as its first Commanding Officer. The Squadron was initially equipped with Vampire aircrafts, but later got armed with the Hunter jet-bomber aircrafts. As the PAF attacked 11 Air Force bases on 03 Dec 1971, the Indian Air Force decided to launch counter offensive operations on the eastern as well as western front. On the Eastern front, the Indian forces launched a sophisticated campaign which included rapid-moving infantry and armour advancing from three directions, airborne and heliborne assaults, missile bombardments from ships and an amphibious landing, the IAF's task being primarily direct support of the ground forces. 37 Sqn with Wing Commander Swaroop Krishna Kaul as its commanding officer was tasked to undertake offensive missions against the targets on the eastern front. The first wave of attacks were launched on 04 Dec 1971 by 37 Sqn from Air Force Base at Tezpur. Flt Lt SG Khonde was tasked one such strike mission on 04 Dec.

As planned Flt Lt SG Khonde took off in his Hunter aircraft (BA-266) on 04 Dec 1971 to conduct a raid over Tezgaon airport. The Pakistan Air Force (PAF) had 19 Sabre jets (F-86) and three Lockheed RT-33 reconnaissance aircraft deployed at Tezgaon and Kurmitola airports in Dhaka. The area was heavily defended by anti aircraft guns, but  showing great courage, Flt Lt SG Khonde still pressed on with the attack causing extensive damage. However while carrying out the Flt Lt SG Khonde’s aircraft was hit by anti aircraft guns. Although he tried his best to bring his aircraft back, he could not succeed as the aircraft had taken extensive hits and eventually crashed over Tezgaon. Flt Lt SG Khonde  was a valiant soldier and committed air warrior, who laid down his life at the age of 29 years in the line of his duty following the highest traditions of the IAF.