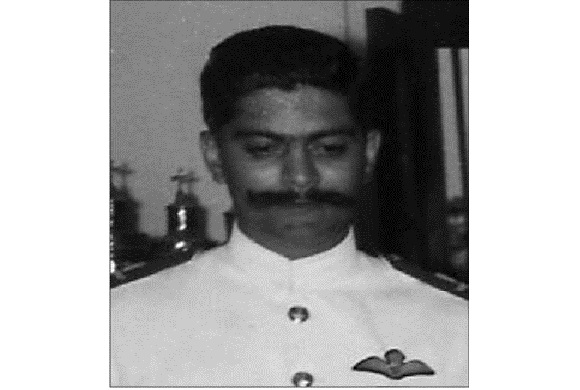 Wing Commander Clarence Joseph D'Lima hailed from Goa and was born on 09 Feb 1938. He got selected for the prestigious NDA after his schooling and joined the 15th NDA Course  He passed out of the NDA on 01 Dec 1958 and thereafter went for his flying training to Air Force Academy. He was commissioned as a Pilot Officer in the IAF on 28 May 1960 at the age of 22 years. He joined the flying stream of the IAF and got trained as a pilot as part of the 77th Pilots' course. He got posted to the north east and accumulated around 2900 flying hours, mostly on supply dropping missions over NEFA and Nagaland. Later he got posted to Air Headquarters Communication Squadron in December, 1963 and by 1973 had flown 3254 hours on various aircraft.

On the introduction of an advanced transport aircraft into the Air Force, he was one of the pilots selected for training abroad and was adjudged exceptional after completion of the training. He also got selected to attend the prestigious course (29 DSSC) at Defence Services Staff College at Wellington, a tri-service Institute for Officers’ training and passed out on 01 Dec 1973. By the year 1973, he had over 6200 hours of accident-free flying to his credit. On 26 Jan 1973, as a Squadron Leader, he was awarded "Vayu Sena Medal" for  his courage, professional skill and devotion to duty. By 1977, he had put in around 17 years of service and had been promoted to the rank of Wing Commander. By that time, he had evolved into an pilot having expertise in various air operations.

During Nov 1977, Wg Cdr CJ D'Lima was serving with Air Headquarters Communication Squadron of the IAF. The Squadron was formed on 01 Nov 1947 and was based at Air Force Station Palam since its inception. The primary role of the Squadron was to convey VVIPs/VIPs of India and visiting foreign heads of states and Governments. On 04 Nov 1977, the Prime Minister of India, Shri Morarji Desai was scheduled to visit the North Eastern States of India, on an official tour. He was to fly from Delhi to Jorhat (Assam), and for this journey, an aircraft  TU-124 of of the Indian Air Force HQ Communications Squadron was to ferry the PM and his entourage to Jorhat and return to Delhi.  Accompanying the PM were his son Shri Kantibhai Desai, Shri John Lobo(Chief of the Intelligence Bureau) and Shri PK Thungon, the Chief Minister of Arunachal Pradesh. Wg Cdr CJ D'Lima was selected to undertake that operation as captain of the Russian made TU-124 jet named Pushpak (flowered chariot), a twin-engine passenger aircraft, specifically used for VIP movement.

The other Crew members included Sqn Ldr Mathew Cyriac (Co-pilot), Wg Cdr Joginder Singh (Navigator), Sqn Ldr VVS Sunkar (Flight Engineer), Flt Lt OP Arora (Flight Signaler), Flt Lt PK Raveendran (Under Trainee Flight Engineer), and three other non-commissioned officers on board. The Air HQ Comm Sqn flight took off from Palam Airport Delhi, at 5 pm on 04 Nov 1977. Upon reaching Bagdogra, the pilots – Wg Cdr CJ D’Lima and Sqn Ldr Mathew Cyriac committed to proceed to Jorhat.  The airport was enveloped in darkness and was under a cloud cover. But they had with them a very competent Navigator – Wg Cdr Joginder Singh, who successfully directed the pilots to Jorhat airport. The TU-124 aircraft was equipped with an Instrument Landing System, but the necessary ground equivalent system was not available at Jorhat. In such a situation,  the navigator on board had to use his skills and knowledge, along with information like speed, heading, etc. and some instruments which were basically direction finders, to direct the aircraft to the airfield. When they descended into Jorhat (about 100 minutes after take off from Delhi)  and broke through the cloud cover, the pilot could see the runway ahead. But Wg Cdr D’Lima realized that the aircraft was positioned slightly ‘off’ the runway, slightly high and too near the runway.

Wg Cdr D’Lima decided to ‘go around’ which meant abort landing, fly over the runway, gain height, turn back and come in for fresh approach for landing, this time calculating more precisely the distance, direction and alignment of the aircraft with the runway. On the 2nd attempt meters from touchdown the landing gear grazed a tree top damaging the nose landing gear.  Wg Cdr D’Lima felt that it was dangerous to risk the life of the PM & passengers by attempting to land on the hard surface of the runway with a damaged nose wheel and decided on a crash landing in a soft wet paddy field 25 kms from the Johrat Airbase.  As a result, the cockpit took the maximum impact instead of the passenger cabin.  A belly landing would have risked an explosion which would have put both crew and passengers in danger. The daredevil action of Wg Cdr D’Lima and his crew averted what could have been the worst VVIP disaster in Indian History.  The nose of the aircraft got ripped apart especially from below and everything from the bottom part of the cockpit fell open. The first to be thrown out of the aircraft was Wg Cdr D’Lima, who fell about 50 meters from the tree, followed by other crew members – all fell in a heap.  All the crew perished even before the flight halted, but PM Shri Morarji and others in the passenger cabin survived. Besides Wg Cdr CJ D'Lima, the other air warriors who made the supreme sacrifice included Sqn Ldr Mathew Cyriac, Wg Cdr Joginder Singh, Sqn Ldr VVS Sunkar and Flt Lt O P Arora.

Wg Cdr Clarence Joseph D'Lima was a committed soldier and a gallant air warrior who laid down his life in the line of his duty.

The citation for the Vayu Sena Medal awarded to him reads: