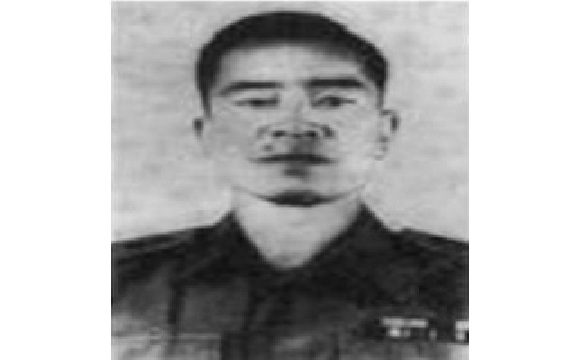 Subedar Tika Bahadur Thapa was born on 29th November 1924, in Thapak village of Gulmi district in Nepal. On the same day of 1942, he was enrolled into 4/8 GR of 8 Gorkha Rifles Regiment, an infantry Regiment known for its fearless soldiers. After completing his training he served in various operational areas and developed into a battle hardened soldier. By the year 1965, he had put in over 20 years of service and had been promoted to the rank of Subedar. By that time he had become a dependable junior commissioned officer capable of handling varous operational tasks.

Though the 1965 Indo-Pak war came to an end on 22 Sep 1965 officially, the border tension and skirmishes continued thereafter too. The enemy forces tried to encroach upon areas in strategic locations in gross violation of ceasefire agreement. During 1965, Sub Tika Bahadur Thapa's unit 4/8 GR was deployed in J&K along the cease-fire line.  After the war ended, an encroachment by the enemy forces came to light in the area of operation of 4/8 GR. Sub Tika Bahadur Thapa along with his troops was assigned the task of clearing certain objectives, which had been encroached upon by the Pakistani forces after the cease-fire. Sub Bahadur and his men successfully cleared the objectives and secured the area.

However the enemy launched a counter-attack on his company. Sub Thapa, with two of his men, charged the enemy and stopped further advance. During the encounter, when the communications with the artillery failed, he himself brought a mortar from another position and fired it single-handed. But while doing so, suddenly he was hit by a bullet. Despite the severe wound, he kept on directing the fire to foil any attempt by the enemy to regain the area. He later succumbed to his injuries and was martyred. Sub Thapa was a valiant soldier and gritty JCO, who laid down his life in the line of his duty.

Subedar Tika Bahadur Thapa was the senior JCO of a company of a battalion of Gorkha Rifles which was detailed to clear certain objectives in the Jammu & Kashmir area, which had been encroached upon by the Pakistani forces after the cease-fire. After the objectives were cleared, the enemy made a counter-attack on his company. Subedar Thapa, with two of his men, charged the enemy and stopped further advance. During the encounter, when the communications with the artillery failed, he himself brought a mortar from another position and fired it single-handed. Suddenly he was hit by a bullet. Despite the severe wound, he kept on directing the fire and thus foiled further moves by the enemy, but soon succumbed to his injuries.

Subedar Tika Bahadur Thapa displayed exemplary courage and leadership in the best traditions of the Army.