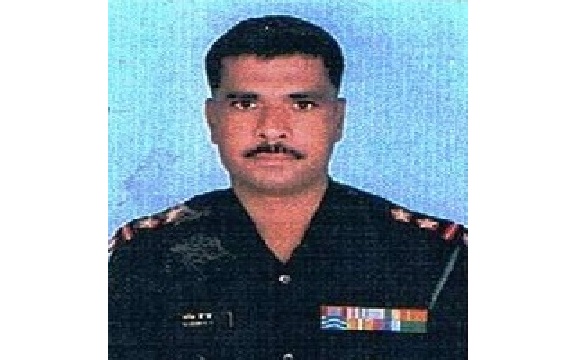 Sub Nagesha also went to the North East from 2009 to 2012 to serve in ‘Operation Rhino’ where he formed part of several successful operations against the militants as the Ghatak platoon JCO. He was serving in the super high altitude areas of Siachen Glacier from Aug 2015 and was handpicked for commanding one of the most important and highest posts at an altitude of 20500 feet since Dec 2015. His colleagues remember him as ‘Rambo’, who was always ready to help others by carrying their weapons and other load in addition to his own.

During 2015-16, Sub Nagesha’s unit 19 Madras battalion was deployed in Siachen area under the command of Col Um Bahadur Gurung. In Dec 2015, Sub Nagesha along with 9 other personnel were chosen to man the Sonam post, one of the highest manned military posts in the world atop Saltoro Ridge. The post that overlooked Siachen Glacier to the east and Pakistani occupied territories to the west was prone to devastating avalanches with extreme weather conditions. Besides Sub Nagesha as post commander, the other soldiers of the team included Hav Elumalai, Lance Hav S Kumar, Lance Naik Sudheesh B, Lance Naik Hanumanthappa Koppad, Sep Mahesha PN, Sep Ganesan G, Sep Rama Moorthy N, Sep Mustaq Ahmed S and Sep Sunil Suryawanshi. On the glacier, the soldiers contested an area where they had to deal with altitude sickness, high winds, frostbite and temperatures as low as minus 60 degrees Celsius (minus 76 degrees Fahrenheit). The rigorously trained soldiers needed to highly skilled in survival and sustenance. Besides the enemy fire, the soldiers had to brave the most unforgiving weather accompanied frequently by sudden avalanches and landslides. One such monstrous avalanche struck Sonam post in the morning of 03 Feb 2016.

Formed by enormous sized block of snow fracturing away form the mountain, it buried the post up to 25 feet deep snow in few seconds.  Although the Army had a unit of the Snow Avalanche Study Establishment (SASE) in Jammu and Kashmir, with several observatories at various locations to issue warnings and alerts to the Army formations and units, it could not detect this avalanche and the cause also could not be known. Sub Nagesha and 9 other soldiers got trapped under 25 feet of snow at an altitude of 20,500 feet. A massive rescue operation was launched by the Army which continued for  6 days to locate and rescue the trapped soldiers. The rescue operations were carried out by specialized teams of the Army and the Air Force which were being coordinated from Leh and Udhampur. The teams of Army and the Air Force undertook massive rescue operations under extreme weather conditions but could not save the life of this brave soldier. The nation will remain grateful to Sub Nagesha for his courage and supreme sacrifice.