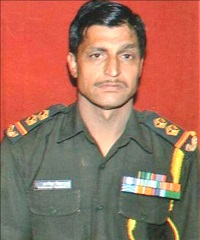 Subedar Karnail Singh (46) belonged to 10 Dogra regiment and was a resident of Bishna in Jammu. He was among the 19 brave hearts who laid down their lives in the line of duty in September 2016 when Pakistani terrorists struck the Army’s Administrative base in Uri sector of J & K.

The soldier left behind his mother Ratna Devi, wife Geeta Devi and his three sons Anmol, Arun, and Shivam. While Anmol is studying in the First year of Degree course, Arun is a student of class 11th and Shivam of class I.