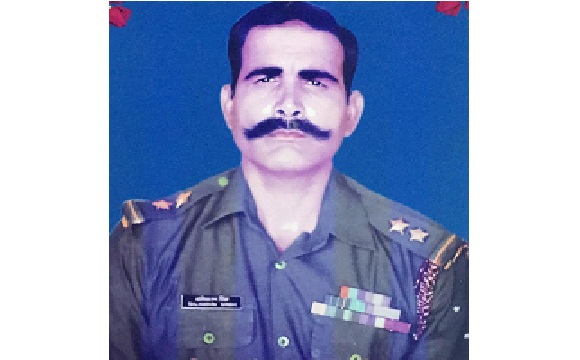 Place of birth : Bahraich, (UP)

Subedar Balikaran Singh hailed from Tirkoliya village in Huzoorpur Block in Bahraich district of Uttar Pradesh and was born on 04th Dec 1951. Son of Shri Daan Bahadur Singh and Smt Kanwaripati, he completed his initial schooling from Basantpur Prathmik Pathshala and later studied from Junior High School Huzoorpur.  After completing his initial studies, he had joined the army in the year 1971. He was recruited into 23 Rajput battalion of the famed Rajput Regiment, a regiment known for its fearless soldiers and numerous battle exploits.

After serving for a few years, he got married to Ms Phoolmati Devi and the couple had a son and four daughters. By 1999, Sub Balikaran Singh had served for over 27 years and had served in various operational areas with challenging terrain and work environments. In May 1999 his unit was deployed in the Kargil sector and later played a very important role in Operation Vijay.

During May 1999, Sub Balikaran Singh’s unit 23 Rajput was deployed in J & K along the LOC. In May 1999, the Indian Army detected a massive infiltration by the Pakistani military and paramilitary forces in the Kargil region of Jammu and Kashmir. The army quickly mobilized its forces to drive out the Pakistani infiltrators from Indian territory. 23 Rajput battalion too got deployed as part of ‘Op Vijay’ launched by the Army in response to Pakistan’s aggression. The battalion was deployed in Battalik sector and was tasked to check infiltration in the area and take appropriate action if needed. Sub Balikaran Singh was tasked for one such counter infiltration operation on 28 May 1999.