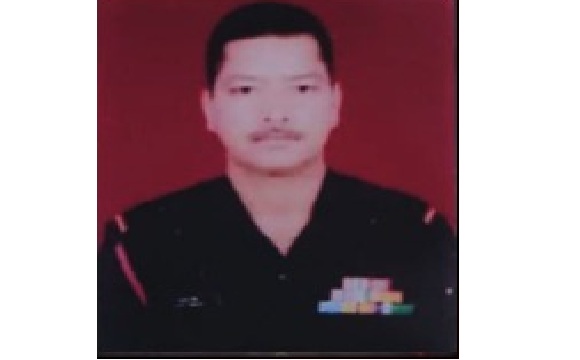 Subedar Ajay Singh Rautela hailed from Rampur village of in Tehri district of Uttrakhand. Son of late Shri Awwal Singh Rautela, he had a younger brother Deepak as his sibling. He studied from Rajkiya Inter college Jajal and joined the army following into the footsteps of his father, who too served in the army. He was recruited into 17 Garhwal Rifles battalion of the Garhwal Rifles Regiment, an infantry Regiment known for its brave soldiers with a rich history of various battle honours.

After serving for few years, Sub Ajay Singh got married to Ms Sunita and the couple had three sons Arun, Sumit and Amit. By 2021, he had put in over two decades of service and had been promoted to the rank of Subedar. By that time, he had developed into a devoted solder and dependable Junior Commissioned Officer. Later he was deputed to serve with 48 RR battalion, deployed in J&K for counter-insurgency operations.

During Oct 2021, Sub Ajay Singh‘s unit 48 RR was deployed in Poonch district of J&K. The unit troops were engaged in operations against the terrorists on a regular basis as the unit's area of responsibility (AOR) was active with militancy. The LOC located near to its AOR, remained highly active and volatile with ceasefire violations occurring very often and without any warning. The area was also prone to infiltration, which necessitated regular armed patrols to check any infiltration from across the border. Following inputs from the intelligence sources about the presence of some terrorists, the security forces including the troops of 48 RR launched a search operation in Nar Khas forest area in Mendhar sector of Poonch dist on 15 Oct 2021. Sub Ajay Singh was part of the team that launched the search and destroy operation.

Sub Ajay Singh and his comrades reached the suspected area and launched the cordon and search operation. The troops soon made contact with the terrorists, who fired at the troops on being challenged. A fierce gun battle followed thereafter with heavy exchange of fire. As the cordon around the terrorists was tightened, they started firing indiscriminately in a desperate attempt. During the heavy cross firing Sub Ajay Singh and Naik Harendra Singh received gun shots and got seriously injured. They later succumbed to their injuries and were martyred, but their bodies could be recovered only on 16 Oct 2021. Sub Ajay Singh was a gritty and valiant JCO, who laid down his life in the line of his duty.