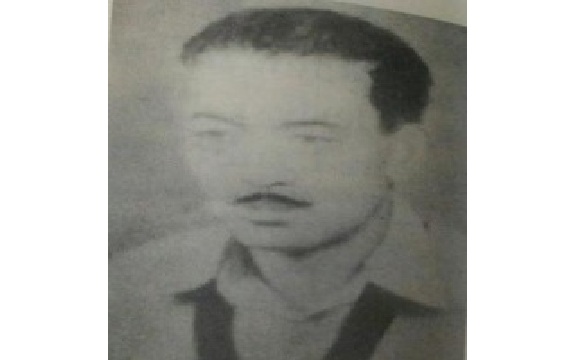 Subedar Stobdan Sonam hailed from Ladakh and was born on 30th March 1928. Son of Shri Tashi Wangail and Smt Chhering Palzom, he joined the army after completing his school education. He was recruited into the Ladakhi battalion of 14 J&K Militia. In the year 1948, the "Nubra Guards" were raised from local Ladakhi warriors to patrol India's mountainous border in the Ladakh region. In 1952, the Nubra Guards were merged as the 7th Battalion, Jammu & Kashmir Militia (which itself later became the J & K Light Infantry.

The 14th Battalion of the militia was raised from Ladakh in 1959. On 1 June 1963, following the Indo-China war of 1962 the Ladakh Scouts was formed by spinning off the 7th and 14th Battalions of the J&K Militia. By the year 1962, Sub Stobdan Sonam had put in substantial years of service and developed into a motivated and dependable Junior Commissioned Officer. His unit 14 J&K Militia was deployed in Ladakh along the China border during 1962.

Though their weapons did not match up to the Chinese weapons, Sub Stobdan Sonam's gallantry was enough to unnerve the Chinese forces. He and his team fought back the Chinese and inflicted heavy casualties to the enemy. Though they were highly outnumbered by their enemy, it did not deter them in putting up a brave fight and causing substantial damage to their men and material.  Though they could not withstand the continuous onslaught for a long time, but fought till their last breath. During the heavy exchange of fire, Sub Stobdan Sonam got seriously wounded along with many of his men. He eventually succumbed to his injuries and was martyred. Sub Stobdan Sonam was a valiant solider and gritty Junior Commissioned Officer who laid down his life in the line of his duty.

On the night of 19/20 October 1962, when the Chinese in overwhelming numbers attacked a post at Chandani in Ladakh using automatic weapons and mortars, Subedar Sonam Stobdan, who was commander of the post, put up a gallant fight and displayed inspiring leadership. He and his men fought to the last and inflicted heavy casualties on the enemy. Subedar Stobdan showed courage and devotion to duty of a high order.