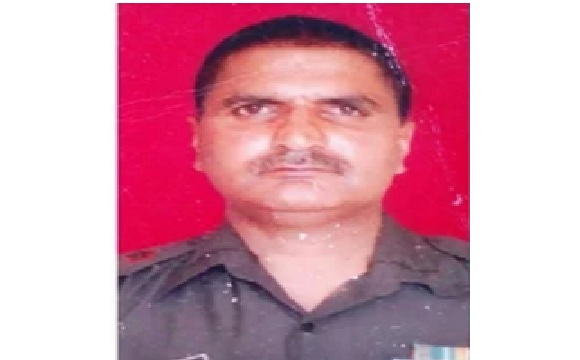 Sub Baldev Kumar Sharma hailed from Naghiar village of Bilaspur district in Himachal Pradesh and was born on 11 Feb 1961. Son of Shri Kripa Ram and Smt Sita Devi, Sub Baldev Kumar had seven brothers and two sisters as his siblings. He completed his schooling up to Class X from Govt Senior Secondary School, Bilaspur in Himachal Pradesh.  He was inclined to join the Army since his younger days and kept working towards it.  Eventually, he got selected for Assam Rifles in the year 1980 on 19 Jun at the age of 19 years.  He was recruited into 29 Assam Rif battalion of Assam Rifles, the oldest paramilitary force of India with its headquarters at Shillong.

After serving for a few years, he got married to Ms. Aruna Devi and the couple had a son Vivek Kumar and daughter Priyanka Sharma. By 2016 he had put in over 25 years of service and had been promoted to the rank of Subedar. By then Sub Baldev Kumar had served in various challenging operational areas and developed into a committed and responsible Junior Commissioned Officer.

During May 2016, Sub Baldev Kumar's unit 29 Assam Rif battalion, was deployed in Manipur in the north eastern part of the country.  There had been increased militant activity in the border region of Manipur in the early part of the year 2015. In response to this, 1,463-km of an un-fenced border between Manipur and Myanmar had been sealed and the Army and paramilitary forces had launched a major counter-offensive against the militants which continued in the year 2016 too.  Since the AOR ( Area Of Responsibility) of the battalion was affected with militant activity, the troops had to be on guard at all times. The unit was engaged in operations against the militants on a regular basis and Sub Baldev Kumar was part of many such operations.

On 22 May 2016, Sub Baldev Kumar as part of Commandant's QRT (Quick Reaction Team) was tasked to assess a landslide area falling in the unit's AOR in Chandel district. A number of militants from NSCN(K), Kanglei Yawol Kanna Lup (KYKL) and Kanglapak Communist Party (KCP) were active in that area. As Sub Baldev Kumar and his comrades were returning after assessing the landslide area, the militants attacked them near Shiv Mandir area in a pre-planned move. Sub Baldev Kumar received gun shots and got severely injured. He later succumbed to his injuries and was martyred. Sub Baldev Kumar was a valiant soldier and dedicated Junior Commissioned Officer, who laid down his life in the service of the nation.