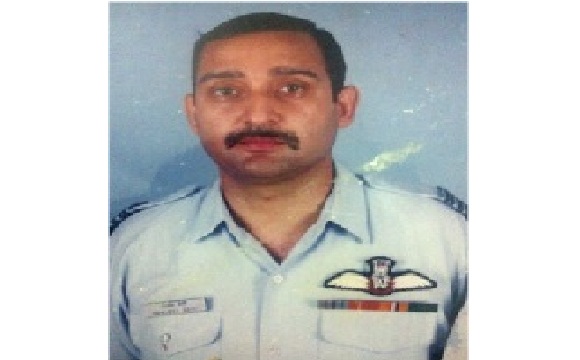 Sqn Ldr Sanjeev Beri was born on 4th Jun 1969 and developed a strong desire to join the armed forces right from his childhood. Eventually, he got selected for the Indian Air Force and got trained as a pilot. He went to the Air Force Academy in Hyderabad and got commissioned as a Pilot Officer on 19 Dec 1992 at the age of 23 years. Having been inducted into the flying stream of the IAF, he got trained as a fighter pilot as part of the 150th Pilots' Course. After completing his multi-stage flying training, he joined the operational squadron and thereafter served at various Air Force bases. By 2005, he had put in about 13 years of service and had evolved into a professionally competent fighter pilot with expertise in various air operations.

During 2005, Sqn Ldr Sanjeev Beri was serving with 106 Sqn based at Agra. The Squadron was formed in May 1957 with the Photo recce version of the Canberra aircraft based at Agra. The Role of the squadron was to provide military aerial photography and aid with other civilian applications. The squadron thereafter participated in all wars and earned MVC in all three wars of 1962, 1965 and 1971. Canberra remained the backbone of the IAF for bombing raids and photo reconnaissance for many decades. During 2005, the squadron under the command of Wing Commander Ravindra D Kundari was continuing with its role of providing Photo recce support to various operations. On 19 Dec 2005, Sqn Ldr Sanjeev Beri was tasked with one such operation.

On the 19th of Dec 2005, in the afternoon, Sqn Ldr Sanjeev Beri along with his navigator Flt Lt  Anurag Sharma took off from his Canberra PR57 aircraft (IP-990) form IAF station at Agra Cantonment. Canberra PR57 aircraft at that time was the oldest type of aircraft in the IAF’s inventory. The flight was uneventful in the early part of the mission, but as they were on their way back to Agra airbase after a “reconnaissance mission” near the Line of Control in Jammu and Kashmir, the aircraft developed a snag in the engine. Soon it was flying in on a single engine with low speed. It started flying low and was rapidly losing the crucial advantage of height in such situations. Sqn Ldr Beri was a competent pilot and using his flying skills directed the aircraft into the vacant ground outside the Jataura village.

Sqn Ldr Beri in an effort to save the aircraft tried to land back in the airfield and circled the village. But that couldn’t be done and the aircraft crashed around 5 km from the base, near Jataura village.  The IAF authorities at the Agra station expected Sqn Ldr Beri and Flt Lt Sharma to eject and flew a rescue aircraft to pick them up. But, unfortunately, the aircraft crashed and Sqn Ldr Sanjeev Beri and Flt Lt Anurag Sharma could not survive the crash. Sqn Ldr Sanjeev Beri was a dedicated soldier and a professionally competent air warrior, who laid down his life in the line of his duty.