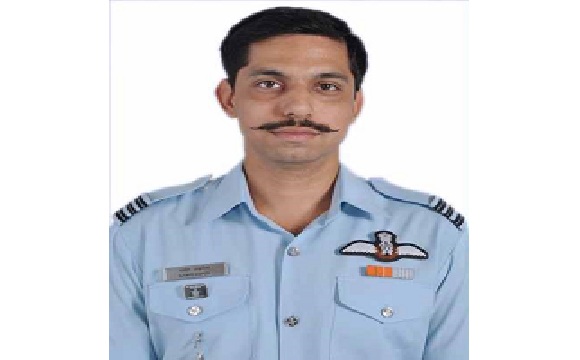 Squadron Leader Samir Abrol, born on 17 July 1986 hailed from Ghaziabad in Uttar Pradesh. Son of Shri Sanjeev Abrol and Smt Sushma Abrol, Sqn Ldr Samir Abrol came from a business family, but he had a dream to join the armed forces right from his childhood. After completing his schooling from Ryan International School Ghaziabad, he pursued his dream and joined the prestigious NDA. He got selected for the IAF in the flying branch and was commissioned into the Indian Air Force in the fighter stream on 21 June 2008. Sqn Ldr Samir Abrol was a trained fighter pilot of the IAF having more than 3500 hours of flying to his credit. He had the experience of flying several aircraft such as Sukhoi-30, Tejas, Hawks, and Jaguars, but the Mirage 2000 was special to him. Before being posted to the Bangalore-based elite Air Force unit, Aircraft and Systems Testing Establishment (ASTE), he had served in various front-line Air Force bases operating different types of fighter aircraft.

However, during the takeoff roll, there was an uncontrollable technical snag and the aircraft hit the arrest barrier at the end of the runway and dragged it. Sqn Ldr Samir Abrol and Sqn Ldr Siddarth Negi were forced to eject but it was too late. The parachutes got deployed but both the pilots sustained serious injuries as they fell near to the burning wreckage of the aircraft. Sqn Ldr Samir Abrol and Sqn Ldr Siddarth Negi later succumbed to their injuries and the IAF lost two valiant and committed air warriors in a tragic manner. Sqn Ldr Samir Abrol was a dedicated soldier and a professional competent air warrior who laid down his life in the service of the nation.

Life took a happy turn for Garima when she got married to Sqn Ldr Samir Abrol in May 2015. A physiotherapist and a fitness instructor from Punjab, Garima soon adapted to the Air Force life and felt proud to be a member of the IAF family. But on 01 Feb 2019, destiny played a cruel joke with her, when she lost her husband in a tragic air crash, while undertaking an air operation. The world came crashing down for her and the life suddenly looked meaningless to her. She was distraught, angry and terribly worried about her future.

But she was a woman of strong will and determination. She took the tragedy in her stride and decided to take life head on. She decided to join the Air Force like her husband and started preparing for SSB.  With her outstanding perseverance and single minded focus, she cleared the Service Selection Board (SSB) interview in July 2019, barely five months after her husband’s death. She joined the Air Force Academy in Dundigal and her course commenced in January 2020. During the training at AFA , she excelled in all aspects of training and won praise from all quarters for her commitment and grit.

At AFA, she was competing with the cadets much younger to her in age, but that did not deter her and she did very well in every aspect of training. The period was also emotionally draining for her, but she had resolved to win over all challenges and trauma. Eventually she passed out in December 2020 from AFA , and was commissioned as a Flying Officer. For Flying Officer Garima Abrol, it was no small feat by any stretch of imagination. The story of Fg Offr Garima Abrol embodies courage, struggle and survival and certainly is inspirational for countless young women of India.