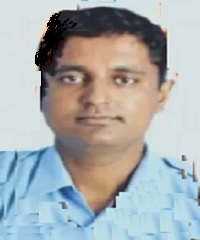 Sqn Ldr Ninad Mandavgane hailed from Nashik in Maharashtra. Son of Shri Anil Mandavgane and Smt Sushma Mandavgane Sqn Ldr Ninad was born in 1986.  Sqn Ldr Ninad Mandavgane completed his schooling from Bhonsala Military School, Nashik and later he did his 11th and 12th standard from Aurangabad Military Institute. Sqn Ldr Ninad had the inclination to join the Armed Forces since his childhood and continued to pursue his dream after completing his schooling. Subsequently, he got selected for the prestigious NDA at Pune and was commissioned into the Indian Air Force in 2009. He got selected to join the flying branch of the IAF and underwent training to become a helicopter pilot.

After completing his flying training he got posted to various operational Air Force bases and gained expertise in diverse air operations. He served at Air Forces bases at Guwahati in Assam and Gorakhpur in Uttar Pradesh before being posted to the Air Force base at Srinagar in Kashmir. He also got promoted to the rank of Sqn Ldr in 2015. By 2019, Sqn Ldr Ninad Mandavgane had put in about ten years of service in the IAF and evolved into an ace helicopter pilot having professional competence in various air operations. In 2019, Sqn Ldr Ninad got posted to 154 Helicopter Unit based at the Air Force base in Srinagar. His unit was operating MI-17 transport helicopter, extensively used for air transport and logistics operations. Sqn Ldr Ninad got married to Vijeta and the couple had a daughter Vedita.

During Feb 2019, Sqn Ldr Ninad Mandavgane’s unit was operating from the Air Force base at Srinagar and was responsible to undertake air transport and logistics operations in support of the Army as well as IAF operations in J & K. On 27 Feb 2019, Sqn Ldr Ninad Mandavgane along with his co-pilot Sqn Ldr Sidharth Vashisht and four other crew members including Sgt Vikrant Sehrawat, Cpl Pankaj Kumar, Cpl Deepak Pandey and Cpl Vishal Kumar Pandey were tasked for an operational mission. The crew after having gone through their preparatory checks got ready to take off as per the operational plan.

The aircraft took off as planned at 1000 hrs but soon after flying for nearly 10 minutes crashed in an open field near Garend Kalaan village in Budgam district about 10 km from the Srinagar International Airport. The helicopter broke into pieces and caught fire which made it impossible to save the crew members. All six valiant air warriors could not survive and laid down their lives in the service of the nation. Sqn Ldr Ninad Mandavgane was a valiant and highly competent air warrior who displayed grit, resoluteness, commitment and devotion to duty during every operational mission assigned to him.