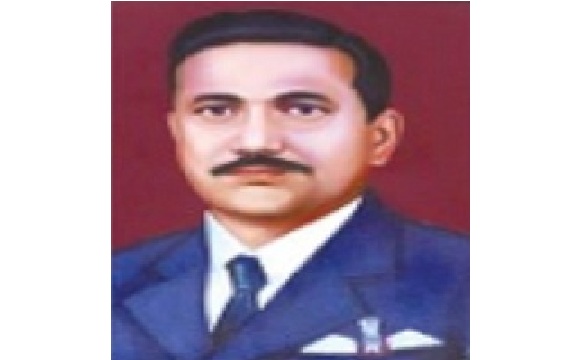 Squadron Leader Ajjamada Boppayya Devayya hailed from Kodagu district in Karnataka was born on 24 December 1932 at Manchalli village in South Kodagu. Son of Dr Ajjamada Bopayya and Smt Neelamma, he was commissioned into the Indian Air Force on 06 Nov 1954 at the age of 21 years. He joined the flying stream of the IAF and got trained as a fighter pilot as part of 64th Pilots’ course. After completing his flying training, he served with various flying squadrons located at different Air Force bases.

After serving for sometime he got married to Ms Sundari and the couple had two daughters Smitha and Preetha. By 1965, he had put in around 10 years of service and had been promoted to the rank of Sqn Ldr. By then he had evolved into a professionally competent fighter pilot having expertise in various air operations. In the year 1965, Sqn Ldr Devayya was serving as an instructor at the Air Force Flying College, but joined the 1 Sqn at Adampur air base as the war clouds appeared on the horizon in September.

During Sep 1965, Sqn Ldr AB Devayya was serving with 1 Sqn, known as “The Tigers” and was based at Air Force Station Adampur. 1 Squadron of the Indian Air Force was formed at Karachi on 01 April 1933 and was equipped with Westland Wapiti aircraft. In 1953 the Squadron moved to Palam and then to Air Force Base at Kalaikunda in 1957 with Squadron Leader Dilbagh Singh(who later became Chief of Air Staff) as its commanding officer. In 1964 it moved to Adampur with Wing Commander Om Prakash Taneja as its commanding officer. When the 1965 Indo-Pak War broke out, the squadron was tasked with the Air Defence of Punjab sector and providing air cover to our own attacking formations deep inside enemy territory. As part of ongoing efforts to neutralize the air assets of the PAF, IAF planned an air strike on its air base at Sargodha. Sqn Ldr Devayya was part of that aircraft strike mission that went to Sargodha airfield in Pakistan.

The citation for the "Maha Vir Chakra"  awarded to him reads:

Squadron Leader Ajjamada Bopayya Devayya (4810) flew as a member of a strike formation that was assigned the task of attacking the heavily defended Sargodha airfield at 0555 hrs on 07 Sep 65. All members of the mission except for Squadron Leader Devayya returned safely to base.

For this exceptional act of conspicuous gallantry in the face of the enemy and the fighting spirit displayed under overwhelming odds and at the cost of his own life, Squadron Leader Ajjamada Bopayya Devayya is awarded Maha Vir Chakra, posthumously.