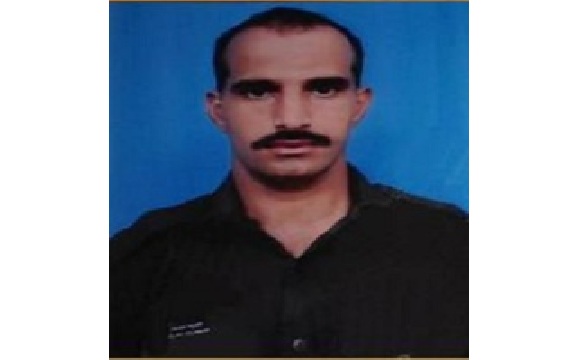 Sowar Vijay Kumar hailed from Uttaper village of Naina Devi tehsil, in Bilaspur district of Himachal Pradesh. He did his primary education in Khulvi village in Bilaspur district and completed his secondary education in Bhakra. Like many young people in Himachal Pradesh, Sowar Vijay Kumar too had inclination to serve in the Armed Forces since his younger days. Following his passion, he eventually joined the Army in 2004 at the age of 17 years.

He was recruited into 87 Armoured Regiment of the Armoured Corps, a Corps well known for its powerful tanks and other heavy weaponry.  After serving for some time, he got married to Ms Menaka Devi and the couple had two sons. He was later deputed to serve with 22 Rashtriya Rifles battalion deployed in J&K for counter-insurgency operations. By the year 2018, Sowar Vijay Kumar had put in over 13 years of service and developed into a tough and dedicated soldier.

During August 2018, Sowar Vijay Kumar's unit 22 RR was deployed in Doda district of J&K. The battalion was engaged in anti-insurgency operations against the terrorists on a regular basis and often came across challenging situations. Sowar Vijay Kumar very soon became part of many such operations. Based on the information from intelligence sources about the presence of some militants in the unit's Area of Responsibility(AOR), it was decided to launch an operation called ‘Operation Vijay Darsu’. The operation was so called as the suspected area was in Darsu village in Bhaderwah tehsil of Doda district. The operation was launched on 02 Aug 2018 and continued over to the next day. Sowar Vijay Kumar was tasked to be the scout for the assault team led by Major Varun Gaur.

In the ensuing firefight, Sowar Vijay Kumar got injured but managed to eliminate one terrorist. Despite being injured he refused evacuation and under effective covering fire from his buddy, he crawled forward and eliminated the second terrorist in a hand-to-hand combat. Sowar Vijay Kumar later succumbed to his injuries and was martyred. Sowar Vijay Kumar was a valiant soldier, who laid down his life at the age of 31 years in the line of his duty. Sowar Vijay Kumar was given the nation’s second highest peace time gallantry award, “Kirti Chakra” for his outstanding courage, devotion to duty and supreme sacrifice.

The citation for the ‘Kirti Chakra’ awarded to him reads :

On 02 August 2018, based on input regarding the presence of terrorists in village Darsu, an operation was launched. He was the guide of the party that laid the initial cordon and covered the most likely escape route.  Around 0230 hours terrorists opened heavy fire towards his position to break the cordon; undeterred he returned fire forcing terrorists to hide in a maize field.  Around 0915 hours when the search was being carried out by Major Varun Gaur, terrorists brought down heavy fire on the party.  Sensing danger to his comrades he came out in the open and directly engaged the terrorists, to cover the movement.  In the firefight, he got injured but eliminated one terrorist.

Despite being injured he refused evacuation and under effective covering fire from his buddy he crawled forward and eliminated the second terrorist in hand-to-hand combat. For displaying indomitable raw courage and undaunting bravery beyond the call of duty in eliminating two hardcore terrorists, Sowar Vijay Kumar is awarded “Kirti Chakra" (POSTHUMOUS)”