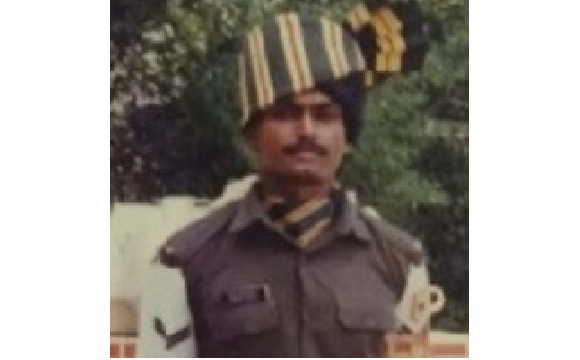 Sowar Shaikh Ismail Kamal Abdul hailed from Ahmedabad in Gujarat and was born on 17 Dec 1974. Sowar SIK Abdul joined the Army after completing his schooling in the year 1994 at the age of 19 years. He was recruited into 41 Armd Regt of the Armoured Corps, the combat arm of Indian Army well known for its battle tanks and other heavy weapons.
After serving for a couple of years, Sowar SIK Abdul got married to Ms Shaheen Banu and the couple had a daughter Nasreen. By the year 1998, he had completed around 04 years of service and had taken part in various field operations. After serving with his parent unit for some time, Sowar SIK Abdul, was later deputed to serve with 22 RR battalion, deployed in J&K for counter insurgency operations.

During Oct 1998, Sowar SIK Abdul’s unit 22 RR battalion was deployed in Kupwara district of J & K. It was engaged in operations against the terrorists on a regular basis as part of "Operation Rakshak". The AOR(Area of Responsibility) of the unit fell into the region affected with active militancy and it demanded a state of 'high alert' at all times on the part of the troops. Sowar Abdul in a short span of time honed his field craft skills and became part of many counter-insurgency operations. Based on the information from the intelligence sources, the security forces decided to launch an operation on 06 Oct 1998 against the militants in Machhal sector in Kupwara district of J&K. Sowar SIK Abdul was made part of the team that was assigned the task of undertaking this operation.

Sowar SIK Abdul and his comrades reached the suspected area in Macchal sector and launched the search and cordon operation in the morning of 06 Oct 1998. The troops soon made contact with the militants, who fired at them on being challenged. It triggered a gun battle with heavy exchange of fire from both sides. However during the exchange of fire Sowar SIK Abdul received gun shots and got seriously injured. He  later succumbed to his injuries and was martyred. Sowar SIK Abdul was a brave and dedicated soldier, who made the supreme sacrifice at the age of 23 years in the service of the nation.