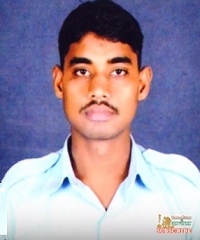 Sergeant Satish Kumar hailed from Kasni in Rajasthan. He was enrolled into the Indian Airforce in Sep 2007 and worked in various Air Force bases operating diverse aircraft and other associated systems during his service of ten years. During 2017,  Sgt Satish Kumar was serving with a helicopter unit based under Eastern Air Command of the IAF.  Sgt Satish Kumar’s unit was operating MI-17 transport helicopter, extensively used for air transport and logistics operations.
Air Maintenance Operation: 06 Oct 2017
Indian army is deployed at many far-flung areas in the northeast sector where no motorable roads exist and most of the supplies are dependent on air drops are undertaken by Indian Air Force as Air Maintenance operations. Sgt Satish Kumar was tasked for an air maintenance mission as aircrew on 6th October 2017. The Mi-17 V5 helicopter took off from Khirmu helipad in Tawang district with five IAF and two Army personnel on board. The Mi-17 V5 is a military transport variant in the Mi-8/17 family of helicopters. The aircraft has a maximum takeoff weight of 13,000 kg and can transport either 36 armed soldiers internally or 4,500 kg of load on a sling.
The area in which the chopper was flying is said to be vulnerable to dangerous weather changes. As the aircraft was on Air maintenance sortie, it was carrying supplies to the forward post in Topu Ghar near the Yangste area. This was the second air maintenance sortie of the day for the aircraft in that forward area. Unfortunately, while the helicopter was around 120 Km north of Tawang and very close to the dropping zone, it lost control and crashed.  The aircraft caught fire instantly as it was carrying Kerosene supplies. Sgt Satish Kumar and all other 6 on-board military personnel could not survive the crash.
Sergeant Satish Kumar was a professionally competent air warrior and a dedicated soldier and laid down his life in the service of the nation. Sgt Satish Kumar survived by his wife Kiran Khanda and a son.