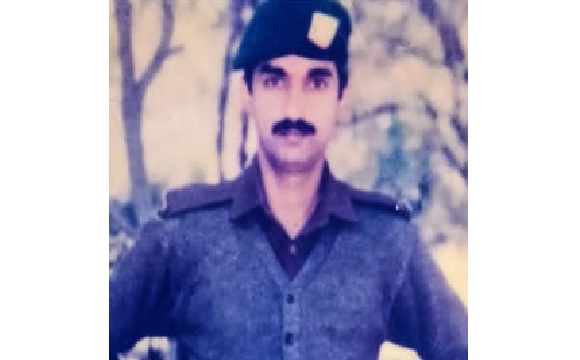 Sepoy Vijay Kumar hailed from a very small village of hills in the Kangra district of Himachal Pradesh and was born on 20 Aug 1969. Son of Shri Hari Singh and Smt Baharo Devi, Sep Vijay had  a brother Ajay Rana as his sibling. He came from a very humble background where the family struggled to get even two square meals a day. Even while in school Sep Vijay Kumar would often go to the fields to help his family. After completing his school education up to class X, he joined the Indian army on 10th February 1990 at the age of 21 years. He was recruited into the 2 Dogra battalion of the Dogra Regiment, an infantry regiment known for its gallant soldiers and numerous battle honours.

During 2001, Sep Vijay Kumar's unit 2 Dogra was deployed in Jammu and Kashmir for Counter-Insurgency as part of the ongoing “Operation Rakshak”. The unit was engaged in operations against the militants on a regular basis and the soldiers were always in a state of high alert. Based on specific intelligence inputs the unit planned a search and cordon operation on 09 Sep 2001 to nab the hardcore terrorists hiding in a place falling in the unit's AOR( Area of Operation). Sep Vijay Kumar was part of team that was assigned the task of the operation. Sep Vijay Kumar along with his comrades swung into action and reached the suspected area as per the plan.

The team immediately cordoned off the area and surrounded the suspected place in that area. On being challenged the terrorists started firing at the troops and a fierce gun battle ensued thereafter. Sep Vijay Kumar was in the forefront during the operation and was engaged in the gun battle with the terrorists. However during the exchange of fire, Sep Vijay Kumar got hit by bullets and was grievously wounded. He later succumbed to his injuries and was martyred. Sep Vijay Kumar was a valiant and dedicated soldier who at the age of 32 years laid down his life in the service of the nation.