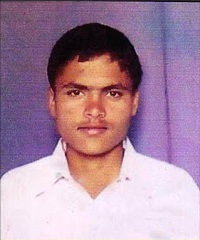 Sepoy Suryawanshi SV was born on 25 May 1991 at Village Maskarwadi, District Satara (Maharashtra).  After finishing his school from Dahiwadi College District Satara with good marks in science subjects, Suryavanshi opted to join the Indian Army, and was selected as a Nursing Assistant in Army Medical Corps on 30 Sep 2010.

The soldier completed his basic training from Army Medical Corps Center & College on 09 Apr 2011 & got his first posting at Command Hospital, Eastern Command, to finish class III trade test. After that, Sepoy Suryavanshi SV,  joined 410 Field Hospital on posting on 29 Jun 2013. He had managed the responsibility of Medical Inspection Rooms located in various difficult in Operation Meghdoot on 06 Oct 2015.

He was a soft spoken, social person and was liked by all members of the unit for his cheerful nature.  He used to take part in various organised games and took active part in various extra-curricular in the unit.

Sepoy Suryawanshi is survived by his wife, daughter and parents.

He was one of the ten soldiers who got buried under snow after their camp in the northern part of the Siachen glacier was hit by a major avalanche  in Feb 2016. The avalanche struck the camp located in the northern Siachen Glacier, at a height of 19,600 feet, in the early hours of 3rd Feb 2016 . The post was manned by a Junior Commissioned Officer and nine soldiers. The rescue operations were carried out by specialized teams of the Army and the Air Force which were being coordinated from Leh and Udhampur.

Soldiers face extreme risks in manning the inhospitable terrain at heights of 21,000 feet under extreme weather conditions on the world’s highest battlefield. Avalanches usually take place due to accumulation of snow and are triggered by morning sunlight. In other cases, when the slope of accumulated snow is between 60 to 80 degrees, the instability leads to an avalanche. Although the Army has a unit of the Snow Avalanche Study Establishment (SASE) in Jammu and Kashmir, with several observatories at various locations to issue warnings and alerts to the Army formations and units, it could not detect this avalanche and the cause also could not be known.