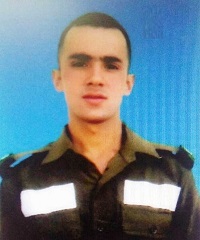 Sep Pawan Singh Sugra hailed from Sugra village in Pithoragarh district of Uttarakhand. After his initial studies he joined Indian Army and was recruited into the Kumaon regiment. During August 2017 his unit was deployed in Krishnaghati sector in J&K. The Krishnaghati sector is a very sensitive area of India – Pakistan border where a constant vigil and concentration of force is maintained by both the sides.

The Krishna Ghati sector in Poonch district of J & K along the LoC is very volatile as the Pakistan troops resort to cross border firing very often in this area. During Aug 2017, Sepoy Pawan Singh’s unit was deployed in this sector and its troops were manning various forward posts along the LoC. On 7th Aug 2017, Pakistani troops violated the ceasefire along the Line of Control in Krishna Ghati sector and resorted to heavy mortar shelling of various Indian Army posts. Pakistani Army initiated indiscriminate firing of small arms, automatics, 82 mm and 120 mm mortars.

Although the Indian army also retaliated the firing strongly and effectively, shots from sniper fire that came from across the Line of Control injured Sepoy Sugra grievously. Later, he was taken to the hospital for the treatment, however, he could not survive and succumbed to his injuries on 8th August  2017. Sepoy Pawan Singh Sugara was a brave and dedicated soldier who at the young age of 21 years made the supreme sacrifice in the service of the nation. Sep Pawan Singh Sugra is survived by his parents.