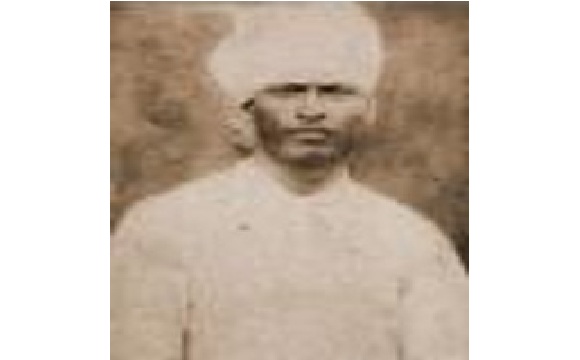 Sepoy Nil Kanth was born on 20 Dec 1915 in Sarthal village in Udhampur district of Jammu and Kashmir.  Son of Shri Mangoo, Sep Nil Kanth was inclined to serve in the Armed Forces like many young men of his region and went on to join the State Force of the princely state of J&K. After the accession of the state to the Indian Union in October 1947, the State Forces came under the command of the Indian Army.  In 1947, the force had 9 infantry battalions and a cavalry regiment, however Sep Nil Kanth was a part of 1 JAK Militia.

In January 1948, during Indo-Pak War, Sep Nil Kanth’s unit was deployed in the Poonch area of J&K. The attack by Pakistani raiders on Jammu and Kashmir which commenced in Oct 1947 continued unabated and they captured Jhangar on 24 Dec 1947. The capture of Jhangar gave them the strategic advantage to push for their advance to Naushera and Poonch.  The Indian Army launched various operations to halt the advance of Pakistani raiders. Sep Nil Kanth's unit on 17th January 1948 was defending positions on the north east of Poonch, when it was counter attacked by the enemy forces. Sep Nil Kanth was part of the leading group of the forward platoon that was counter-attacked.

The enemy forces had succeeded in reaching the area by creeping through the jungle and nullah. Sep Nil Kanth realizing the gravity of the situation, crawled forward from his position through the bullet-swept area and charged at the enemy.  Displaying commendable gallantry and leadership, he killed three of the enemy soldiers and kept hurling grenades on them. When he ran out of his grenades, he shouted for more grenades and meanwhile kept firing at the enemy with his rifle. However during this exchange of fire, Sep Nil Kanth got hit by an enemy bullet and was severely injured. He soon succumbed to his injuries and was martyred. Sep Nil Kanth was a gallant and a gritty soldier, who displayed most conspicuous bravery and laid down his life in the line of his duty.

Sepoy Nil Kanth was given the gallantry award, "Vir Chakra" for his extraordinary courage, camaraderie and supreme sacrifice on 26th January 1950.

During operations on 17 January 1948, in North-east of Poonch, Sepoy Nil Kanth of 1st J & K infantry was in the leading group of the forward platoon which was counter-attacked by the enemy who had succeeded in creeping through the jungle and nullah. Seeing this, Sepoy Nil kanth on his own accord crawled forward from his position through the bullet swept area and hurled grenades upon the advancing enemy, killing three. He then shouted for more grenades and meanwhile kept firing at the enemy with his rifle. During this action he was shot dead by an enemy bullet. By his action the enemy was definitely discouraged to make any further counter-attacks.

Sepoy Nil Kanth showed great courage and devotion to duty and gave his own life in doing so.