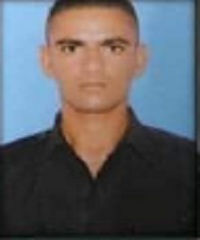 Sep Kamal Kumar hailed from Sahwa village of Churu district in Rajasthan. Son of an army veteran Hav Dharmendra Kumar, Sep Kamal Kumar followed into the footsteps of his father and joined the army in 2018 after completing his school education from Subash Chandra Bose Senior School at Sahwa. He was recruited into 2 Jat Bn of the Jat Regiment, an infantry regiment well known for its brave soldiers. After completing his training he got posted to J&K area as his first assignment.

During Dec 2019, Sep Kamal Kumar’s unit 2 Jat Bn was deployed in J&K. The unit troops were manning the forward posts in Tangdhara Sector of Kupwara district in J&K. The posts were located in high altitude areas with inhospitable terrain. Besides manning the stationary posts, the unit launched regular armed patrols to monitor the area between the posts. The heavy snowfall during the winter season made the task more challenging for the troops manning the posts. The area was also prone to unpredictable avalanches during the winter season. One such horrific avalanche struck the post of 2 Jat Bn on 3rd Dec 2019. Sep Kamal Kumar along with Hav Rajendra Singh and Sep Amit manning the post got swept away and buried under heaps of snow.

The rescue operation was launched by the army with a team equipped with specialized types of equipment. However, the soldiers buried under tons of snow could not be saved. Sep Kamal Kumar was a brave and determined soldier who laid down his life at the age of 21 years in the line of his duty. Sep Kamal Kumar is survived by his father Hav Dharmendra Kumar, mother and siblings..