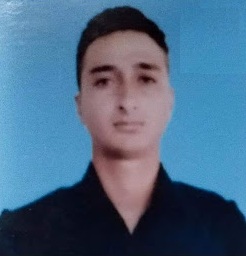 Arm/Regt : The Corps of Engrs

Sepoy Vipin Singh hailed from Dharkot village in Pauri district of Uttrakhand. Son of an army veteran Subedar Singh and Smt Parvati Devi, he had a brother and sister as his siblings. His elder brother Rupesh Singh also joined the Army like his father and was recruited into the Corps of Engineers. Sep Vipin Singh was also inclined to join the armed forces like his father and brother right form his younger days. Eventually he joined the Indian army in 2017 at the age of 20 years. He was recruited into 57 Engr Regt of the Bengal Engineers Group (BEG) of the Corps of Engineers, one of the oldest arms of the Army.

During Oct 2021, Sep Vipin Singh‘s unit 57 Engr Regt was deployed in the southern sector of the Siachen glacier in Ladakh. This sector was one of the most remote parts of the glacier and remained inaccessible during winter. Sep Vipin Singh and his comrades faced extreme risks in manning the inhospitable terrain at heights over 19,000 feet under extreme weather conditions on the world’s highest battlefield. The troops besides manning designated posts also operated regular patrols to monitor the area along the border. Sep Vipin Singh along with a few other soldiers was on one such patrol on 10 Oct 2021.

While the patrol team was traversing through the snow-clad terrain, Sep Vipin Singh lost his balance and fell off the slope owing to slippery conditions. Unfortunately the fall proved fatal for him and he could not be saved by the rescue team. Sep Vipin Singh was a brave and dedicated soldier who laid down his life in the line of his duty at the age of 24 Yrs.