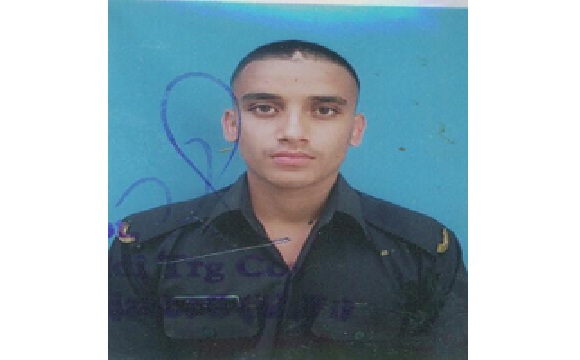 Sepoy Vikas Bhardwaj was hailed from village Mandi in Himachal Pradesh. Son of an army veteran Rakesh Chand Bhardwaj and Smt Meera Devi, he was seeing his father in Armed Forces and it was his desire right from childhood, that he too would join the Army. Vikas did his initial schooling at Baijnath. Despite his father’s reluctance, Vikas insisted on joining Army and kept pestering his mother to get permission from his father for the same. Eventually, his father agreed and Vikas appeared for the exams for the same. He was selected in the first attempt itself and joined Army in 2011. Sep Vikas Bhardwaj was recruited into the 6 Dogra of the Dogra Regiment, an infantry regiment known for its gallant soldiers and numerous battle honours.

During 2015, Sep Vikas Bhardwaj’s unit was deployed in Manipur in the northeastern part of the country. There had been militant activity in the border region of Manipur in the early part of the year 2015. In response to this, 1,463-km of an un-fenced border between Manipur and Myanmar had been sealed and the Army and paramilitary forces had launched a major counter-offensive against the militants. On the 4th of June, the 6 Dogra infantry was heading to the capital of Manipur, Imphal in a 4-vehicle convoy. While they were crossing the Chandel district, on the way, they were ambushed by militants. The tribal guerrillas fired rocket-propelled grenades and detonated improvised explosive devices on the convoy, causing extensive damage.

Sep Vikas Bhardwaj was a valiant and dedicated soldier who laid down his life in the service of the nation.