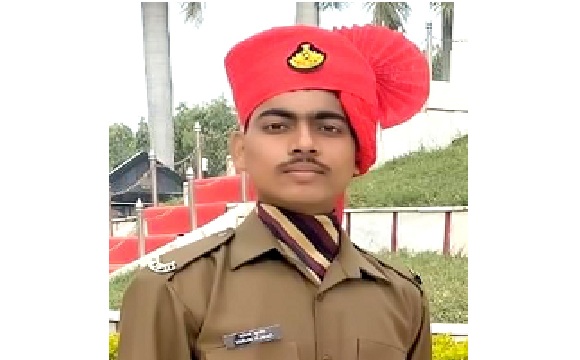 Sepoy Tarun Bhardwaj hailed from Bhondsi village in the Gurugram district of Haryana and was born on 01 Jan 2001. Son of an army veteran Naik Nandkishore Bhardwaj and Smt Manjuraj Devi, Sep Tarun Bhardwaj had Lokesh Bhardwaj and Pushpender Bhardwaj as his siblings and was the youngest child. Right from his younger days, he always wished to follow in the footsteps of his father and serve in the Armed Forces. He did his schooling from Vidya Niketan Sr. Sec School Alipur, Sohna in Gurugram and continued to follow his dream of donning the Army uniform, while growing up. Eventually he joined the army on 14 March 2020 at the age of 19 years. He was recruited into the 16 Rajput battalion of the Rajput Regiment, an infantry Regiment well known for its fearless soldiers. Incidentally it was the same battalion, where his father had served and retired in the year 2001.

During 2021, Sep Tarun Bhardwaj's unit 16 Rajput was deployed in the Batalik sector along the LOC in Ladakh region. This sector was one of the most remote parts of the Kargil area and remained inaccessible during winter months. The soldiers faced extreme risks in manning the inhospitable terrain at heights over 19,000 feet under extreme weather conditions. The troops besides manning designated posts also operated regular patrols to monitor the gaps between the manned posts. Sep Tarun Bhardwaj along with few other soldiers was on one such patrol on 09 Sep 2021. While the patrol team was traversing through the snow-clad terrain in the Batalik sector, a sudden avalanche struck them, giving very little time to take any action.

Avalanches usually took place in the area due to the accumulation of snow and were triggered by morning sunlight. In other cases, when the slope of accumulated snow was between 60 to 80 degrees, the instability led to an avalanche. The rescue operation was launched by the army with a team equipped with specialized types of equipment. However, Sep Tarun Bhardwaj had got buried under tons of snow and could not be saved by the rescue team, owing to his prolonged exposure to extreme cold conditions.  Sep Tarun Bhardwaj was a brave and dedicated soldier who laid down his life in the line of his duty at the age of 20 Yrs.