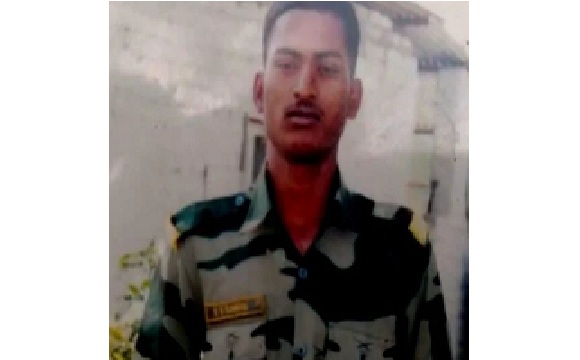 Sep Sasankha Sekhar Samal hailed from Khetrapal village in the Jajpur district of Odisha and was born in the year 1988. He was inclined to join the Army since his younger days and eventually joined the Army after completing his school education in the year 2009 at the age of 20 years. He was recruited into the Corps Electronics and Mechanical Engineers (EME), a branch of the Indian Army, responsible for design, development, trial, inspection and refit of weapon systems and equipment. By the year 2021, he had put in over 12 years of service and had developed into a dedicated and tough soldier with substantial field experience.

During Feb 2021, Sep Sasankha Sekhar Samal was serving with 233(I) Field Workshop deployed in Eastern Ladakh along the Line of Control. The unit troops were engaged in providing technical and other associated support to varous infantry units deployed in the area. Some soldiers of the unit were also engaged in operations against the terrorists as part of QRT(Quick Reaction Team) and armed patrols. On 21 Feb 2021 Sep Sasankha Sekhar Samal was part of one such armed patrol.  The LOC located near to the unit's AOR (Area of Responsibility) remained highly active and volatile with ceasefire violations occurring very often and without any warning. The area was also prone to infiltration, which necessitated regular armed patrols to check any infiltration from across the border.

On 21 Feb 2021, Sep Sasankha Sekhar Samal and his comrades set off for the patrol on the planned route. However as their vehicle was on its way, the terrorists fired at the vehicle in a pre-planned attack. The bullets hit the tyres of the vehicle and consequently the driver lost control. As a result the vehicle skidded off the road and plunged into a deep gorge.  As it had steep gradient and rocky surface, Sep Sasankha Sekhar Samal and other soldiers sustained sever injuries. They were immediately shifted to the nearby military hospital, however Sep Samal later succumbed to his injuries and was martyred.  Sep Sasankha Sekhar Samal was a valiant and dedicated soldier who laid down his life in the line of his duty. He was given the gallantry award “Sena Medal” (posthumous) on 15 Aug 2022 for his commendable courage, devotion to duty, and supreme sacrifice.

Sep Sasankha Sekhar Samal is survived by his parents, wife and son.