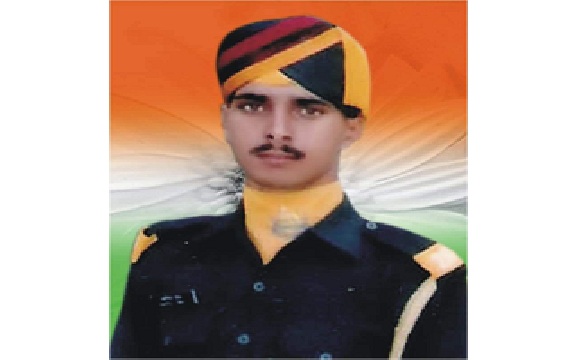 Sep Kapil Dev Sharma hailed from Pandori Bainsan village in Dinanagar Tehsil of Gurdaspur District in Punjab and was born in the year 1981.  Son of Shri Jodhraj Sharma and Smt Ram Pyari, he had a brother Ram Krishna and sister Krishna Devi as his siblings. He did his preliminary education in his native place and joined the army at the age of 19 years. He was recruited into 3 Dogra battalion of the Dogra Regiment, an infantry Regiment well known for its dauntless soldiers and numerous battle exploits. After serving with his parent unit for some time, he was deputed to serve with 11 RR battalion, deployed in J&K for counter-insurgency operations.

During 2006, Sep Kapil Dev Sharma‘s unit 11 RR battalion was deployed in the Kishtwar district of J&K along the LOC. The Kishtwar district was surrounded by Doda and Anantnag districts which were affected by active militancy. The LOC too was highly active and volatile where cease-fire violations occurred very often and without any warning. It was also used by the terrorists for infiltration with the connivance of Pakistani security forces. On 01st Jan 2006, the security forces received the information from the intelligence sources about the presence of some militants who had infiltrated from across the LOC. Based on the credible information, a massive cordon and search operation was launched by 11 RR troops. Sep Kapil Dev was part of the 11 RR team that was assigned the task of undertaking that operation.

The first contact with the militants was made in the early morning of 01 Jan, who fired at the troops on being challenged. A fierce gun battle ensued thereafter in which few militants were eliminated. However, during the heavy exchange of fire Sep Kapil Dev Sharma got severely injured and was immediately shifted to the nearby Army medical facility. But Sep Kapil Dev Sharma soon succumbed to his injuries and was martyred. Sep Kapil Dev Sharma was a dedicated and committed soldier who laid down his life at the age of 24 years in the service of the nation.