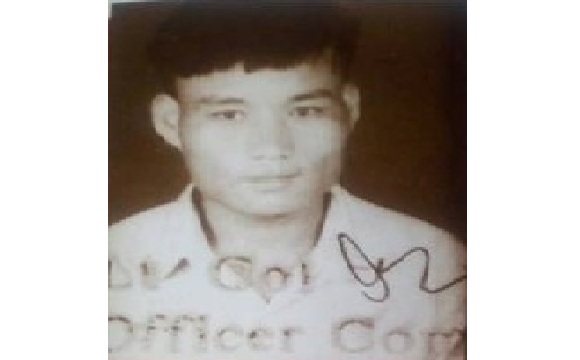 Sepoy K Ashuli Mao hailed from Senapati district of Manipur. Son of Shri S Kapani and Smt N Takra, Sep K Ashuli had a brother David as his sibling. He joined the Indian Army after finishing his school education and was recruited into the 1st Battalion of the Naga Regiment, an infantry Regiment known for its intrepid soldiers.

During Kargil operation in the year 1999, Sep K Ashuli’s unit 1 Naga was deployed in Drass sector J&K. By the third week of May 1999, the legitimacy of the reports about Pakistani infiltration was proven and it had been established that the infiltration had been done on a large scale in various sectors, including the Drass area.  In May 1999, 1 Naga under the command of Col DA Patil was deployed in Kangan area as part of 56 Mtn Bde. The Battalion was moved to Drass on 11 May 1999 owing to the reports of intrusion. In Drass 1 Naga Bn was functioning under the operational control of 121 Inf Bde being commanded by Brig Surinder Singh.  After the capture of Tololing and Hump, Indian Army made plans for the capture of Point 5140. 1 Naga along with 13 JAK Rif and 18 Garh Rif battalions was tasked to capture Pt 5140.  Pt 5140 was the most dominating feature on the Tololing ridge and was to attacked from three directions as per the operational plan.

As per the plan 1 Naga was to attack from the South West spur and capture two features called Pyramid and Black Tooth.  Sep K Ashuli was part of the team from 'Alpha' Company of 1 Naga that was assigned the task.  In order to defend the features, the enemy had occupied a well coordinated defences of sangars with automatic weapons. As the attack was underway, it had to temporarily stalled due to the inhospitable terrain.  A rope was required to be fixed on to the feature. Sep K Ashuli volunteered to do the difficult task unmindful of his personal safety. Braving fearful odds of enemy fire and terrain, he clung to mere cracks onto the cliff and slowly made his way up. On reaching the top, he effectively kept the enemy engaged and along with his comrades assaulted the enemy sangar at Black Tooth and captured it. However while doing so, Sep K Ashuli received gun shots and was grievously injured. He later succumbed to his injuries and was martyred on 23 July 1999. Sep K Ashuli was a valiant soldier, who fought gallantly and laid down his life at the age of 23 years in the line of his duty.

Sep K Ashuli was given the gallantry award, "Vir Chakra" for his outstanding courage, devotion to duty and supreme sacrifice. Sep K Ashuli  is survived by his son Shri Hriiyio Mao and brother Shri David Ashuli.

During Operation Vijay, Sepoy K Ashuli was part of Alfa Company, 1 NAGA attacking Black Tooth in the Drass Sector. A sheer cliff with well fortified defences dominated the National Highway and was required to be cleared at the earliest. The enemy had occupied these well coordinated defences of sangars with automatic weapons.

The attack had been temporarily stalled due to the inhospitable terrain. A rope was required to be fixed on to the feature. Sepoy K Ashuli volunteered to do the daring task unmindful of personal safety. Braving fearful odds of enemy fire and terrain, he clung to mere cracks onto the cliff and slowly made his way up. His strength and courage shaped the way for the company to follow. On reaching the top, he effectively kept the enemy engaged and along with his comrades assaulted the enemy sangar at Black Tooth and captured it. In this brave action, he was grievously injured. He later succumbed to his injuries on 23 July 1999.

Sepoy K Ashuli displayed nerves of steel, exemplary courage, fearlessness under enemy fire and camaraderie of the highest order in keeping with the finest traditions of the Indian Army.