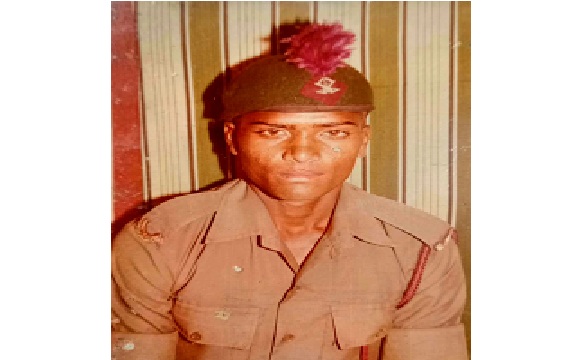 Sepoy Galphade Laxman Namdev hailed from Tandolja village in Latur district of Maharashtra and was born on 03 Apr 1966. Son of Shri Namdev Vittal Galphade and Smt Rukmani Namdev Galphade, Sep Laxman had a brother Kalyan as his sibling. Like many youngsters in Maharashtra, Sep Laxman too had inclination to serve in the Armed Forces since his younger days. He eventually joined the army on 07 Dec 1986 at the age of 20 years. He was recruited into the 3 Mahar Battalion of the Mahar Regiment, an infantry Regiment known for its fearless soldiers and numerous battle honours.

During May 1988, Sep Galphade Laxman's unit 3 Mahar was deployed at the Siachen area. On the glacier, the soldiers contested an area where they had to deal with altitude sickness, high winds, frostbite and temperatures as low as minus 60 degrees Celsius (minus 76 degrees Fahrenheit). The rigorously trained soldiers needed to highly skilled in survival and sustenance. The unit was deployed at the Saltoro ridge along the AGPL (Actual Ground Position Line) South-West of the Siachen Glacier. Besides the enemy fire, Sep Galphade Laxman and his comrades had to brave the most unforgiving weather accompanied frequently by sudden avalanches and landslides. One such avalanche struck Siachen 08 May 1988.