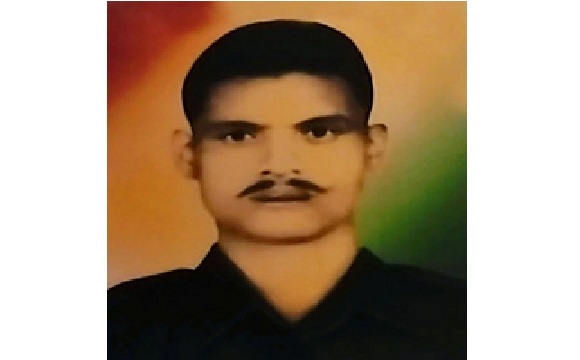 Sepoy Daga Nikam hailed from Dabhadi village in Malegaon Tehsil of Nashik district in Maharashtra and was born on 20 Nov 1942. Son of Shri Lotan Malji Nikam and Smt Sitabai Lotan Nikam, he had four brothers Popat, Devaman, Devaram & Pandurang as his siblings. Sep Daga Nikam completed his initial education up to class X in his native village Dabhadi.  After completing his education, he joined Army in the year 1962 at the age of 20 years. He was recruited into the 2 MLI battalion of the Maratha Light Infantry Regiment, an infantry Regiment with a rich history of valour and battle honours.

During 1965, Sep Daga Nikam's unit 2 MLI was deployed in the Hussainwala sector of the Firozpur district in Punjab. On the night of 19/20 Sep 1965, when the enemy attacked one of our battalions in Hussainwala Sector. During the fierce gun battle the battalion suffered many casualties. Sep Daga Nikam, spotted two of his comrades severely injured, who needed to moved to safety.  Sep Daga Nikam decided to move them to safer area without caring for his own safety. In a rare show of courage and camaraderie, Sep Daga Nikam disregarding enemy shelling, brought back two seriously wounded personnel and thereby saved their lives.

The enemy forces eventually had to retreat after the Indian forces made a determined counterattack.  The enemy left behind some arms and ammunition including tanks.  Sep Daga Nikam went into an enemy tank and removed arms and ammunition and other valuable documents. Though the action entailed facing enemy defences, undeterred Sep Daga Nikam went ahead. However on his way back Sep Daga Nikam tripped over a mine and got severely injured in the following blast. He later succumbed to his injuries and attained martyrdom. Sep Daga Nikam was a brave and dedicated soldier who laid down his life at the age of 22 years in the line of his duty. Sep Daga Nikam was given the gallantry award, “Sena Medal” for his outstanding courage, unyielding fighting spirit and supreme sacrifice during the operation.

The citation for "Sena Medal" awarded to him reads:

On the night of 19th/20th September, 1965, when the enemy attacked one of our Battalions in Hussainiwala sector, Sep. Daga Nikam, disregarding enemy shelling, brought back two seriously wounded personnel and thereby saved their lives. Again after the enemy had fled, Sep. Daga Nikam went into an enemy tank and removed arms and ammunition and other valuable documents. Once again he went into enemy defences, but on his way back he tripped over a mine and was killed.