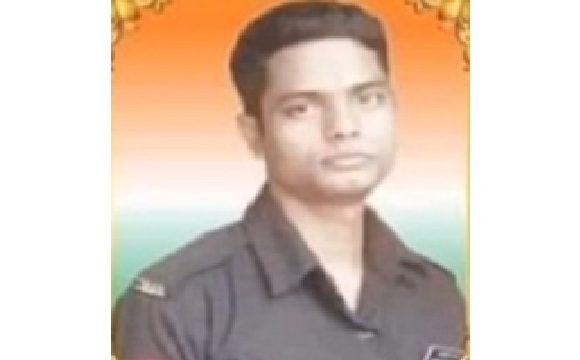 Place of birth : Kushi Nagar, UP

Sep Chandrabhan Chaurasia hailed from Dumahi village in Kushi Nagar district of Uttar Pradesh and was born on 01st March 1992, Son of  Shri. Rajballabh Chaurasia and Smt.Triveni Devi,  Sep Chandrabhan was always inclined to join the armed forces since his younger days. He completed his class X from Janta Inter College and class XII from Lokmanya Inter College. He continued to persue his dream and eventually got selected to join the army in the year 2015.  He was recruited into  the Army Medical Corps, the arm that provides the medical support during war & peace to the Indian army.

After serving for a year, Sep Chandrabhan got married to Ms. Pinki Kumari in the year 2016 and they had two sons, Aryan & Ayush. Later in the year-2018,  Sep Chandrabhan was deputed to serve with 45 RR battalion, deployed in J&K for counter-insurgency operations.

During 2019-20, Sep Chandrabhan was serving with 45 RR Bn deployed in the Kupwara district of J&K. The AOR (Area Of Responsibility) of the Battalion ran along the LOC which was also prone to infiltration from across the border. Besides undertaking planned counter-insurgency and counter-infiltration operations, the unit launched regular armed patrols to monitor its area. Sep Chandrabhan was part of one such patrol on 13th Jan 2020 in Machhil Sector. The designated route of the patrol passed through the rugged area and was also prone to avalanches. As the patrol was traversing through the assigned route, it was struck by a horrific avalanche.

The avalanche took the soldiers by surprise and did not give them enough time to react. Sep Chandrabhan and his comrades got swept away and buried under tons of snow. A rescue operation was launched by the army on a war footing. Though the rescue operation got hampered by the implement weather, the team managed to extricate a few of the buried soldiers. However, Sep Chandrabhan and three of his fellow soldiers, Nk Rameshwar Lal, Gnr Ranjit Singh and Nk Purushottam could not be saved and were martyred. Sep Chandrabhan was a dedicated and valiant soldier who laid down his life at the age of 27 years in the line of his duty.