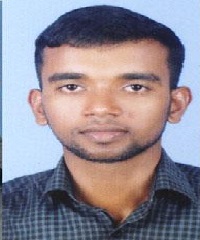 SEA-I Vikas E was born  in Kolasseri, Thalassery, Kerala . He was the eldest of the three children of K.V. Krishnadas and Valsala. Vikas had joined the Navy as a seaman in 2010 after completing his schooling at the Kavumbhagam High School and the AKG Higher Secondary School at Pinarayi.

SEA-I Vikas was posted to Mumbai, after having served in Kochi and Visakhapatnam Naval stations. His younger brother Vaishakh is an engineering student in Mangalore and sister Sreevidya is studying in class X in a local school.

On 14 Aug 2013, SEA-I Vikas was onboard INS Sindhurakshak, the 3000-tonne Kilo class submarine, powered by a combination of diesel generators and electric batteries. On that day, the submarine at Naval dockyard in Mumbai was rocked by a series of explosions and started sinking along with 18 crew members with 3 officers and 15 sailors.

The Naval divers were able to prise open the conning tower, which was fused shut due to the heat of the blast,  to enable rescuers to enter. Heavy duty pumps were used to pump out the water from the submarine however it took considerable time to locate the crews of the submarine . By 19th August 7 of 18 missing sailors’ bodies were recovered while another 6 were recovered by 31st of August.