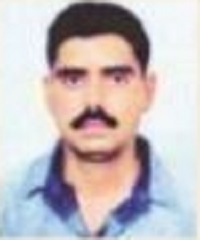 Sergeant M K Sharma was on posted strength of 110 HU unit based at 19 Wing AF in 2010. This helicopter unit plays a major role in maintaining the army units deployed in far flung areas of the north east by air dropping the essential supplies. Sergeant M K Sharma was a technical tradesman trained on MI-17 helicopter and was part of the technical team of the unit responsible for carrying out the maintenance and servicing of the aircraft.

On 19th November 2010 ,the fateful day, Sergeant M K Sharma was on-board an “air-maintenance” sortie on  Mi-17 around Tawang area which is  located about 9,000 feet above the ground at Chinese border . “Air-maintenance” refers to helicopter-aided support of forward army posts on the China frontier, at altitudes of 8,000ft to 14,000ft where winds are high and oxygen density is almost 30 per cent lower, and where supplies are either para-dropped or the helicopters make touch-and-go landings.

The ill-fated Mi-17 helicopter crashed near the China frontier on a wooden hillock at Tepsha village near Bomdir area, about 6km from Tawang, from where it had taken off, at about 12:04pm, leaving no survivors. The counter-Maoist operation chopper, was seen to blast mid-air as per some eye witnesses. This was the second time a plane had crashed mid-air on China frontier in the same year. Sergeant M K Sharma was among the 12 soldiers who lost their lives in this horrific accident.