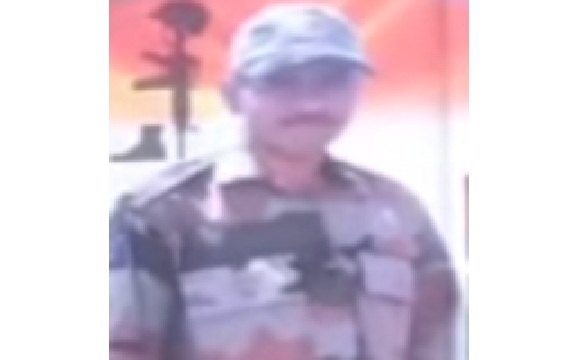 Sapper Satish Suresh Pehare hailed from the Amona village of Buldana District in Maharashtra. He joined the Army after completing his education from his native place. He was recruited into 115 Engr Regt of the Corps of Engineers, the important combat support arm of Indian Army. He gradually developed into a dedicated and professionally competent soldier.

During June 2020, Spr Satish Suresh Pehare’s unit 115 Engr Regt was deployed in eastern Ladakh close to the Line of Actual Control(LAC). Since early June the tension along the LAC was building up due to construction work in Galwan valley close to the road going from Leh to Daulat Beg Oldie. The Chinese had a serious objection to the construction of a bridge across the Galwan river into the Aksai Chin area. The area held strategic importance to India as well as China as it dominated the road from Leh to Daulat Beg Oldie an airstrip of great military significance to India. on 20 July 2020, Spr Satish Pehare's unit was providing engineering support to the troops deployed in the area. In order to meet an operational requirement, 115 Engr Regt was undertaking construction of a bridge in the area. On 14 July 2020, Spr Satish Pehare was part of the team involved in this operational task.

On 14 July Spr Satish Pehare and his comrades were working on the given task across the Shyok river. As the operation was underway, Spr Satish Pehare got involved in an accident giving him no time to take any evasive action. He was taken to the nearby medical facility but he could not be saved. Spr Satish Suresh Pehare was a gallant and committed soldier who laid down his life in the line of his duty. Spr Satish Suresh Pehare was given the gallantry award, “Sena Medal” on 26 Jan 2021 for his courage, camaraderie, devotion to duty and supreme sacrifice.