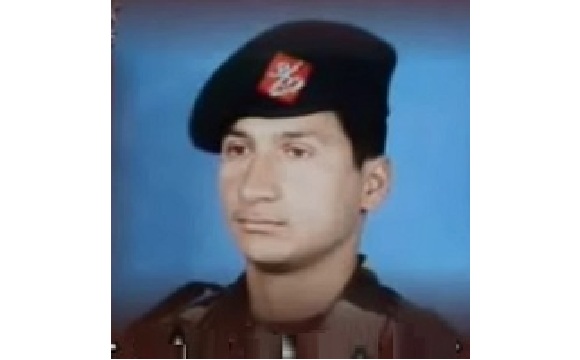 Sapper Pramod Shivaji Veer hailed from Ahmednagar district in Maharashtra and was born on 14th  December 1982. Son of Sri Shivaji Veer and Smt Suman bai, he was youngest among three siblings. Sapper Pramod Shivaji’s family had a tradition of serving in the Armed Forces and he too was keen to join the Army since his childhood. His father Sri Shivaji Veer served in the Army with Bombay Engineers Group for 15 years and then went on to join the Maharashtra police force. Sapper Pramod studied from great Maratha Vidhya Mandir school and took to wrestling right from 5th standard. He was a fitness lover and would follow a disciplined regimen to keep himself fit.  He would also take interest in health of others and motivate his friends to exercise and train with him.

Sapper Pramod had an affable nature and would make friends very easily. He liked to meet people and was quite popular among the locals. He was a great admirer of Shaheed Bhagat Singh and considered him, his life’s source of inspiration. During 1999 Kargil conflict Sapper Pramod’s desire to join the Army got stronger and eventually he joined the Army on 25th January 2002. Sapper Pramod was recruited into the Corps of Engineers, one of the oldest arms of Indian Army. After serving for few years first in Ferozpur on Punjab border and then in Silliguri in West Bengal, Sapper Pramod was deputed to serve with 63 RR battalion deployed in J & K for counterinsurgency operations.

During 2007, Sapper Pramod Shivaji’s unit 63 RR was deployed in Doda district of J & K and was part of the ongoing “Operation Rakshak”. The unit was engaged in operations against the militants on a regular basis and the soldiers were always in a state of high alert. Based on specific intelligence inputs the unit planned a search and cordon operation on 28 Jan 2007 to nab the hardcore terrorists hiding in Kittur area of Doda district. Sapper Pramod was part of 12 member team that was assigned the task of the operation. Sapper Pramod along with his comrades swung into action and reached the suspected area as per the plan.

The team immediately cordoned off the area and surrounded the suspected house in that locality. On being challenged the terrorists started firing at the troops and a fierce gun battle ensued thereafter. The officer leading the team deployed the troops tactically to block the escape routes and gradually moved the soldiers forward to tighten the cordon. Sapper Pramod was in the forefront during the operation and was engaged in the gun battle with the terrorists. However, as the terrorists seemed to be losing the battle, in a desperate move they started firing indiscriminately in a bid to escape. Sapper Pramod got hit by four bullets and was grievously wounded. He later succumbed to his injuries and was martyred. Sapper Pramod Shivaji was a valiant and dedicated soldier who at the age of 24 years laid down his life in the service of the nation.