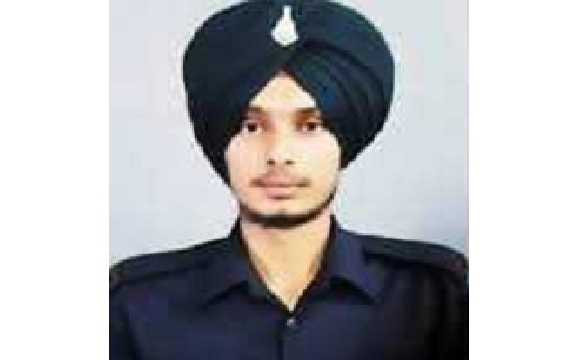 Sepoy Sukhbir Singh hailed from Khawaspur village in Tarn Taran district of Punjab. Son of Shri Kulwant Singh and Smt Jasbir Kaur, Sep Sukhbir Singh was born in the year 1988 and had a brother Kuldip Singh and two sisters Davinder Kaur & Kulwinder Kaur as siblings. He joined the Army after completing his school education at the age of 20 years in the year 2018. He was recruited into 18 JAK Rif battalion of the Jammu and Kashmir Rifles Regiment, an infantry, an infantry Regiment known for its brave soldiers and rich history of various battle honours.

On 27 Nov 2020, Pakistan Army troops initiated unprovoked firing on Indian posts from across the border in Sunderbani Sector of Rajouri district. During that period, Sep Sukhbir Singh was manning one of the forward posts along the Line of Control in the Sunderbani sector. The Pakistani troops violated the ceasefire and resorted to heavy cross border firing using small arms, mortars and field guns. Indian army responded in a befitting manner to the Pakistani aggression and consequently, a heavy exchange of fire ensued thereafter, which continued intermittently for several hours. However, during this heavy exchange of fire, Sep Sukhbir Singh and Naik Prem Bahadur Khatri got severely injured. They were evacuated and shifted to the Army medical facility for medical treatment. However they later succumbed to their injuries and were martyred. Sep Sukhbir Singh was a valiant soldier, who laid down his life at the age of 22 years in the line of his duty.