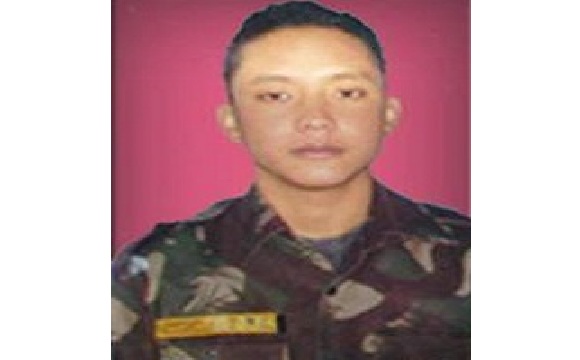 Rifleman Shishir Mall hailed from Dehradun in Uttarakhand and was born in the year 1983. Son of an army veteran, Sub Maj Suresh Bahadur Mall and Smt Renuka Devi, Rfn Shishir had a brother Sushant as his sibling. Inspired by his father, Rfn Shishir always wanted to serve in the armed forces since his younger days. Thus following his passion, he eventually got selected to join the Indian army after completing his school education. He was recruited into the 3/9 GR battalion of 9 Gorkha Rifles Regiment, an infantry regiment with a long history of valour and numerous battle honours.

After completing his initial training, Rfn Shishir Mall served in various operational areas and gradually developed into a dedicated and professionally competent soldier. He later in the year 2013, got married to Ms Sangeeta a teacher by profession. After serving for some time with his parent unit, he was deputed to serve with the 32 RR Battalion, deployed in J&K for counter-insurgency operations. In the early 2015, Rfn Shishir Mall lost his father, who had served in the army for over three decades and had retired as a Subedar Major.

During 2015, Rfn Shishir Mall’s unit 32 RR was deployed in Baramulla district of J&K as part of "Operation Rakshak".  As a number of militants were active in the unit’s AOR(Area of Responsibility), the unit troops had to maintain a very high state of preparedness at all times and had to undertake operations at a short notice. Based on the information from the intelligence sources, about the presence of some hardcore militants in a village in Baramulla district, the security forces decided to launch a search and cordon operation in the suspected area on 02 Sep 2015. Rfn Shishir Mall was made part of the team that was assigned the task of undertaking this operation.

Rfn Shishir Mall and his comrades reached the suspected area as planned on 02 Sep and launched the search and cordon operation. Soon the troops made contact with the militants hiding in a residential area who fired at them on being challenged. A fierce gun battle ensued thereafter, which continued for over nine hours. Rfn Shishir Mall fought valiantly and managed to eliminate one militant in a daring move. However during the heavy exchange of fire, Rfn Shishir Mall too received gun shots and was grievously injured.  He later succumbed to his injuries and was martyred. Rfn Shishir Mall was a committed and gritty soldier who laid down his life at the age of 32 years in the line of his duty. He was given the gallantry award, “Sena Medal” (posthumous) for his exceptional courage, devotion to duty, and supreme sacrifice.

Rfn Shishir Mall is survived by his mother Smt Renuka Devi and wife Smt Sangeeta Mall. Later carrying forward the legacy of her husband, Smt Sangeeta Mall joined the Indian Army and was commissioned as an officer on 09 Mar 2019, after she completed her training at the OTA in Chennai.

Life turned blissful when Sangeeta, a teacher by profession got married to Rfn Shishir Mall in 2013, who was a caring person with attributes of a wonderful human being. But on 2nd Sep 2015, her world turned topsy turvy, when she lost her husband in a counter-insurgency operation, while he was deployed at the Baramulla district of J&K. The edifice of her life came crashing down in a moment and life suddenly looked very mean to her. She was stunned and upset by the sudden turn of events and got terribly worried about her future. She quit her teaching job and moved to live with her mother other-in-law Smt Renuka Devi. In the year 2016, she got motivated to join the Army after she attended an investiture ceremony, where her husband was awarded "Sena Medal" posthumously.

Though a teacher, she thought that her best tribute to her husband would be to join the Army and don the same uniform that he wore. She got down to preparing for the Service Selection Board (SSB) with utmost sincerity and dedication. With her outstanding perseverance and encouragement from her mother-in-law, she cleared the Service Selection Board (SSB) interview  and joined the Officers Training Academy (OTA), Chennai. She quickly adapted to the grueling sessions of the training and went on to excel in all aspects of training.

She eventually passed out of OTA on 9th Mar 2019 and was commissioned as a Lieutenant. For the newly commissioned Lt Sangeeta Mall, it was a moving moment and a significant milestone in her life. The story of Lt Sangeeta Mall's fortitude, hope and grit is certainly inspirational for millions of Indian women.