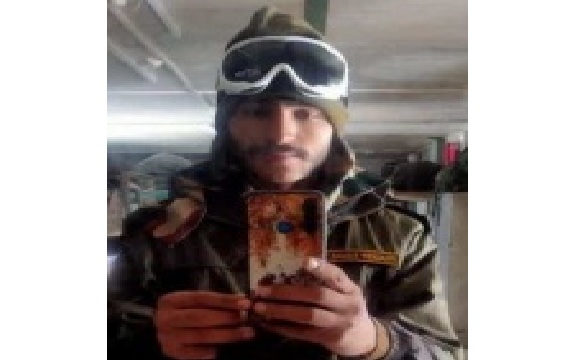 Rifleman Pradeep Kumar Gurjar hailed from Jeevansinghpura village in the Alwar district of Rajasthan. Son of Shri Madu Ram and Smt Saroj Devi, he was born on 25th July 1998. He was the only son of his parents and grew up to be a very responsible person. He completed his graduation in arts from B S R Arts College, Alwar. He was very passionate about the Armed Forces since his younger days and went on to join NCC during his college days.  Following his passion, eventually he got selected and joined the Indian army in June 2019 at the age of almost 20 years.

He was recruited into the 25 Raj Rif battalion of Rajputana Rifles, the oldest Rifle regiment of India with its headquarters at New Delhi. Rfn Pradeep Kumar Gurjar was very affable and compassionate which endeared him to everyone. After serving for few months, he got married to Ms Manisha on 10 Oct 2020.

During February 2021, Rfn Pradeep Gurjar's unit 25 Raj Rif battalion, was deployed in Sikkim near the Indo-China border. The AOR(Area of Responsibility) of the unit spanned over remote rugged mountainous terrain with extreme weather conditions especially in the winter season. The troops were deployed on various forward posts and often undertook patrol to monitor the area in between the manned posts. Also, heavy snowfall often blocked the roads and hampered the movement of troops which necessitated frequent clearance operations. Rfn Pradeep Kumar Gurjar and his comrades were leading one such patrol cum snow clearance team on 11 March 2021 in Lugnal La region of North Sikkim.  As the troops were traversing through the planned route, a horrific avalanche struck them.