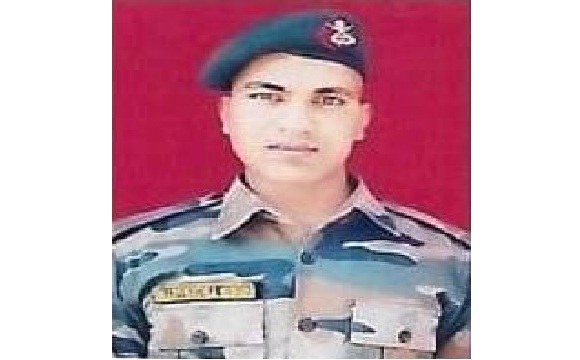 Rifleman Manvendra Singh hailed from Kabiltha village in Rudraprayag district of Uttarakhand. He wanted to don the army uniform since his younger days and eventually joined the army in the year 2008, after completing his school education. He was recruited into the 6 Garhwal Rifles battalion of the Garhwal Rifles Regiment, an infantry Regiment known for its brave soldiers with a rich history of various battle honours. After serving for a few years, Rfn Manvendra Singh was deputed to serve with 14 RR Battalion, deployed in J&K for counter-insurgency operations.
Bandipora Operation : 14 June 2018
During 2018, Rifleman Manvendra Singh’s unit was deployed in Bandipora area of J & K and was engaged in operations against the terrorists on a regular basis. The area under the responsibility of the unit had thick forest and was being used by the terrorists for infiltrating into Indian territory form across the border. On 09 June 2018, the security forces received information from the intelligence sources about the presence of some militants who had infiltrated from across the LOC. Based on the credible information, a massive cordon and search operation was launched by 14 RR troops and the first contact with the militants was made in the evening that day when the troops were fired at. A gun battle ensued thereafter, but the militants managed to escape making use of the thick vegetation. The operation continued for next five days as the Army troops relentlessly tracked the militants.
During the five days of operation the security forces and militants came in contact and exchanged fire at least six times. But each time, the militants managed to give the forces the slip. The Army troops, however, maintained a tight cordon around the forest to ensure that militants do not escape. On 14 June 2018, in the wee hours, the militants ambushed the patrol party of 14 RR and injured Rifleman Manvendra Singh who was part of the patrol. The incident happened at Panar forest in Bandipora about 60 kms from Srinagar. The militants fled after the ambush, but Army troops chased them and in the gunfight that followed, two militants were eliminated. Rifleman Manvendra Singh was rushed by air to the base hospital in Srinagar but he succumbed to his injuries and was martyred.
Rifleman Manvendra Singh is survived by his wife, son and a daughter.