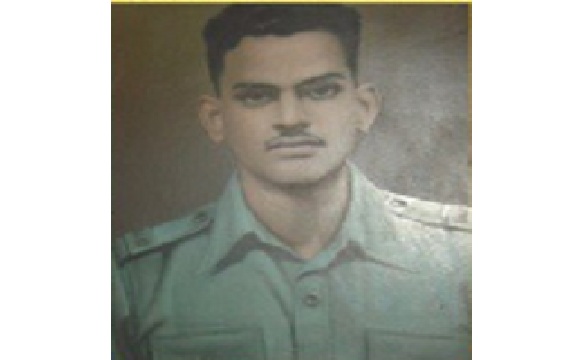 Rifleman Jethoo singh hailed from Jhilmil village of Sikar district in Rajasthan and was born on 4 March 1942. Son of Shri Kal Singh and Smt Son Kanwar, Rfn Jethoo singh joined the Army on 4th March 1961 at the age of 19 years. He was recruited into the 4 Raj Rif battalion of the Rajputana Rifles Regiment, an infantry regiment known for its valiant soldiers. Very early into his service career, he got an opportunity to serve in an UN Mission, when his unit got deployed in Congo as part of UN peace Keeping Force.

During Dec 1962, Rfn Jethoo Singh's battalion 4 Raj Rif was on deputation to United Nations peace-keeping force. He was part of the Indian contingent deployed in Congo in Africa. The Indian contingent was part of the UN force tasked to function as per the UN mandate in the trouble-torn Congo. The armed rebels posed a serious threat to UN forces and the civilian population as well. On 31 December 1962, 4 Raj Rif Company was tasked for an operation against the rebels and Rfn Jethoo Singh was made part of that task force.

Rfn Jethoo Singh was given the gallantry award, “Vir Chakra” for his cold courage, devotion to duty and supreme sacrifice.

During this action Rifleman Jethoo Singh displayed courage and devotion to duty of a high order.