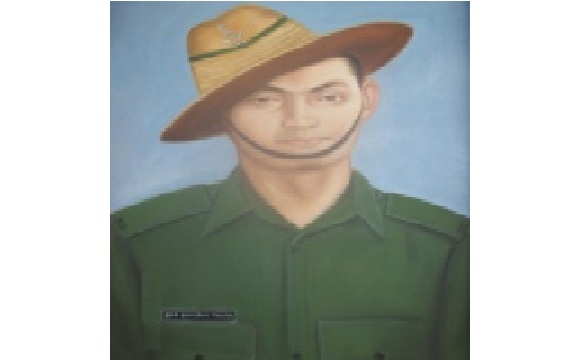 Rifleman Jas Bahadur Thapa hailed from Chatikot village of Dailekh district in Nepal and was born on 01st Jul 1930. Rifleman Jas Bahadur Thapa joined the army and was recruited into the 2/3 GR battalion of 3 Gorkha Rifles Regiment, a Regiment known for its gallant soldiers and numerous battle honours. Rfn Jas Bahadur Thapa after completing his training served in various operational areas and also took part in the World War II. However he proved his mettle as a brave soldier in the Indo-Pak war of 1947-48.