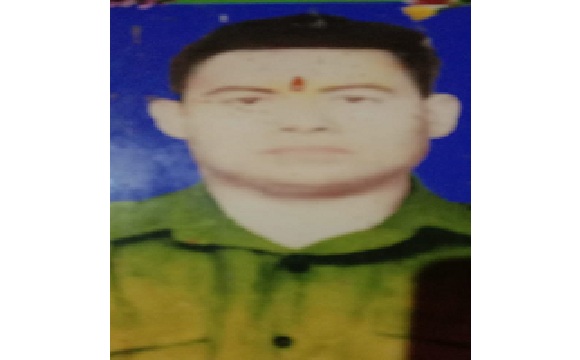 Rifleman Dal Bahadur hailed from kanari village in Pithoragarh district of Uttarakhand and was born on 20 May 1944. Son of Shri Bhan Bahadur and Smt Dhana Devi, Rifleman Dal Bahadur had two sisters as his siblings. After completing his initial education, he joined the Indian army on 20 May 1962 at the age of 18 years. He was recruited into 5/9 GR of the 9 Gorkha Rifles Regiment, an infantry regiment with a long history of valour and numerous battle honours.

After Independence, the 9 GR was one of the six Gurkha regiments (out of ten) to be allocated to the Indian Army as part of the Tripartite Agreement between Britain, India and Nepal. Since then 9GR fought in many wars and operations, enhancing its reputation for professional excellence, bravery and self-sacrifice. After serving for sometime Rifleman Dal Bahadur got married to Ms Hira Devi. He had barely completed 3 years of service when the war clouds appeared on the horizon and his unit got deployed on the western border.

During the Indo Pakistan war in 1965 , Rifleman Dal Bahadur’s unit 5/9 GR was deployed in Sialkot sector. The unit was part of the force under 1 Corps deployed in the sector. The unit played a key role in the battle of Phillora which was one of the largest tank battles fought during the Indo-Pak war. It was the first major engagement between the two nations in the Sialkot sector. The battle started on 10 September, when Indian troops launched a massive attack at the Phillora sector. 5/9 GR along with 5 Jat battalion formed the important infantry force that took part in the battle. Rifleman Dal Bahadur took part in these operations and proved his mettle as a soldier.