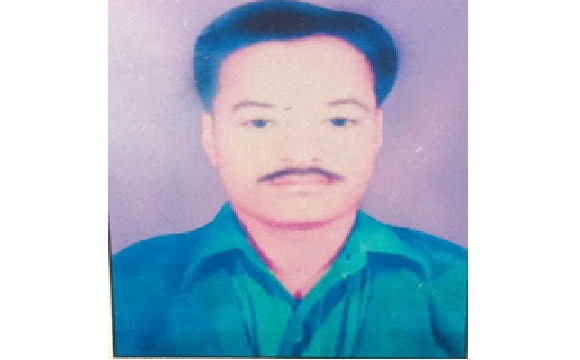 Rifleman Bhawani Chand hailed from Kanari village of Pithoragarh district of Uttarakhand and was born on 24 Feb 1942. Son of Shri Partap Thakur, Rifleman Bhawani Chand joined Indian Army on 24 Feb 1960 at the age of 20 years. He was enrolled into 6/8 GR of 8 Gorkha Rifles Regiment, an infantry Regiment known for its gallant soldiers and a long history of numerous battle exploits. The 8th Gorkha Rifles is one of the most celebrated regiments of the Indian Army, having received numerous citations for bravery in various battles and even producing one of the two field marshals, Field Marshal SHFJ Manekshaw of the Indian Army.

After serving for some time he got married to Ms Lachhima Devi and the couple had a son Gagan Bahadur Chand. By 1962, he had put in barely 02 years of service, when his unit got deployed on the eastern border as war clouds with China were gathering on the horizon.

During the Indo-China war of 1962, Rifleman Bhawani Chand’s unit 6/8 GR was deployed in erstwhile NEFA (North East Frontier Agency) the main battle ground for the war. 6/8 GR was functioning under 67 Infantry Brigade, placed under the operational control of 4 Infantry Division in NEFA.  As the war progressed, by 19 Nov 1962 Chinese forces had attacked and secured Bomdi La.  At this stage, HQ Indian 4 Infantry Division had ordered two battalions of 67 Infantry Brigade (3 JAK LI and 6/8 GR) to re-enforce Bomdi La and to move further North to extricate Indian troops who were trapped at Dirang Dzong and were withdrawing southwards.
3 JAK LI which was leading the northward move of 67 Infantry Brigade, met troops from 48 Infantry Brigade who were withdrawing towards South, about 3 kms North of Tenga Valley. It was then they realized that Bomdi La had been lost. Not knowing whether to proceed, the troops of 3 JAKL LI decided to disperse and sent a strong reconnaissance party (60 men, possibly a company) to Bomdi La. This reconnaissance party ran headlong into the leading elements of the Chinese 3rd Battalion of 33 Infantry Regiment advancing southwards at about 1230 hours, 19 Nov. A sharp engagement ensued and the battle was over by 1500 hours on 19 Nov.

After this short and sharp engagement, the 2nd Battalion of 33 Infantry Regiment of China resumed the pursuit southwards to Chaku. Rifleman Bhawani Chand and his comrades under their commanding officer Lt Col GS Kale at that time were holding defenses at Chaku. The Chinese forces made contact with Chaku defenses by about 0200 hours on 20 Nov and launched a speedy night attack. The Indian defenses were not well organized as 6/8 GR had arrived only the previous day and were preparing for the move to North when they were attacked. The Chinese had also cut-off withdrawal routes to the South. Despite being in a disadvantageous position Rifleman Bhawani Chand and other troops of 6/8 GR fought gallantly till the end. However during the fierce hand to hand fighting in near darkness, Rifleman Bhawani Chand sustained serious injuries. He later succumbed to his injuries and was martyred. Rifleman Bhawani Chand was a valiant soldier who laid down his life in the line of his duty.

Rifleman Bhawani Chand is survived by his son Gagan Bahadur Chand, who too joined the Army like his father and retired after serving in the well known 3 Para (SF) battalion.