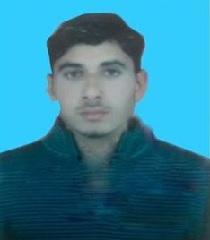 Rifleman Aurangzeb hailed from Poonch in Rajauri district of J & K. He was recruited into 4 JAK Li of the famed Jammu and Kashmir Light Infantry Regiment, a regiment known for its intrepid soldiers and various battle honours. After serving for some time with his unit he was deputed to serve with 44 RR battalion, deployed for counterinsurgency operations in J & K.

On 14 June 2018, Rifleman Aurangzeb had boarded a private vehicle to reach Shopian, from where he was supposed to go to his home in Rajouri district for Eid celebrations. The terrorists intercepted the vehicle as it approached Kalampora and abducted him. Later Rifleman Aurangzeb’s bullet-ridden body was found by a team of police and Army personnel at Gussu village, about 10 km away from Kalampora, in Pulwama district. He was shot in his head and neck, and his body had marks that indicated torture. The body of Rifleman Aurangzeb was later flown from 92 Base Hospital located at the 15 Corps at Badami Bagh Cantonment in Srinagar to his native place for last rites. Rifleman Aurangzeb was a gallant and committed soldier who laid down his life in the service of the nation.