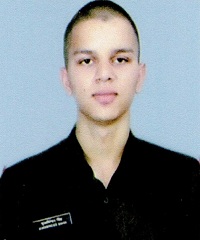 Rifleman Sukhwinder Singh hailed from Fatehpur village in Mukerian teshsil of the Hoshiarpur district in Punjab. Son of Late Shri Avinesh Kumar and Smt Rani, Rfn Sukhwinder Singh had an elder brother named Gurpal Singh. After completing his school education he joined the Indian army in the year-2017 at the age of 19-years. He was recruited into 18 JAK Rif of the Jammu and Kashmir Rifles regiment, an infantry regiment well known for its gallant soldiers.

During Dec 2019, Rfn Sukhwinder Singh’s unit 18 J&K Rifles was deployed in Rajouri district of J&K along the LOC. The LOC in that sector was very volatile and active where the enemy forces often resorted to unprovoked firing. Besides manning various posts, the area was monitored and guarded by the security forces by employing armed patrols on a continuous basis. On 17 Dec 2019 Pakistani forces indulged in ceasefire violation and resorted to unprovoked firing. It was probably an attempt to provide cover fire to infiltrators sneaking from across the border. On that day, Rfn Sukhwinder Singh and his comrades were manning the forward posts in the Sunderbani sector along the LOC. Indian army initiated a befitting reply resulting in a prolonged cross border exchange of fire.