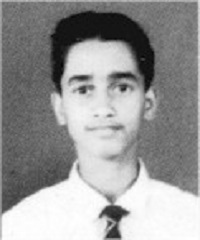 Plt Offr RB Umralikar hailed from Pune in the state of Maharashtra and joined the prestigious NDA after his schooling. He was commissioned into the Indian Air Force on 12 Jun 1971. He joined the flying stream of the IAF and got trained as a navigator.  After completing his flying training, he got posted to 43 Squadron operating Dakota aircraft as his first assignment. As the war clouds gathered in the later part of 1971, the Sqn moved to his operational location and got involved in thick of operations.

During 1971, Plt Offr RB Umralikar was serving with 43 Sqn, known as “Ibexes” with Wg Cdr KC(Koka)Sharma as its Commanding Officer. 43 Squadron of the Indian Air Force was formed at AF Station Jorhat in Eastern Sector on 20 Jan 1958 and was equipped with C-47 Dakota aircraft. As the war broke out on 03 Dec 1971 with Pakistan, the Squadron operated from various Air Bases and undertook numerous air missions. Plt Offr RB Umralikar took part in operations as air crew functioning as a Navigator. Though the 1971 war got over on 16 Dec when the Pakistani forces surrender en mass, border skirmishes in some pockets and air support operations were continuing. Plt Offr RB Umralikar was tasked to undertake one such air operation on 17 Dec 1971. The assigned task was an air support mission on Mohanbari- Moriganj axis in the eastern sector.

Besides Plt Offr RB Umralikar, the other crew-members included Flt Lt Joaquim D'Souza as captain, Fg Offr S Nandi as co-pilot and Flt Sgt H Thakur as Flight Engineer. The air-crew carried out their pre-flight checks and took off in their Dakota aircraft (BJ-622) as planned on 17 Dec 1971. The flight was uneventful in the beginning but later developed some technical snag which made the aircraft uncontrollable. Despite the best efforts of the pilots and other air crew members, the aircraft crashed over Machuka area. Plt Offr RB Umralikar and other crew members Flt Lt Joaquim D'Souza, Fg Offr S Nandi and Flt Sgt H Thakur could not survive the crash and lost their lives. Plt Offr RB Umralikar was a brave young air warrior, who laid down his life in the line of his duty.