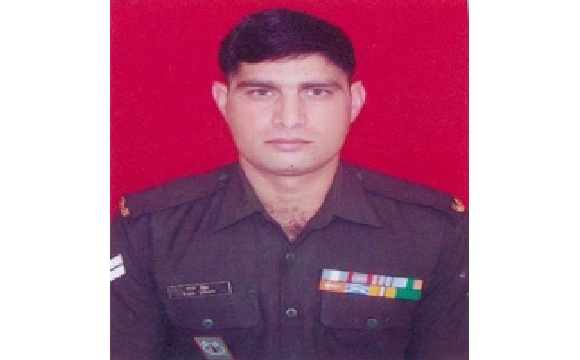 Naib Subedar Ram Singh belonged to Nandpur village in Ramgarh tehsil of Samba district and had joined the Army in 2005. Naib Subedar Ram Singh belonged to a family of soldiers in the Jammu region wherein his father and all his three uncles too served in the army. A trained commando, Nb Sub Ram Singh’s ability and agility were so impressive that he was repeatedly posted to the prestigious High Altitude Warfare School (HAWS) in Gulmarg and Sonamarg where he has entrusted the job of training the soldiers in the high altitude warfare.

By 2015 Nb Sub Ram Singh had put in about 10 years of service and had served in various challenging operational areas. After serving in J & K, he was later posted to the northeast in Manipur, another militancy-affected area of the country.

During 2015, Nb Sub Ram Singh’s unit was deployed in Manipur in the north eastern part of the country. There had been militant activity in the border region of Manipur in the early part of the year 2015. In response to this, 1,463-km of an un-fenced border between Manipur and Myanmar had been sealed and the Army and paramilitary forces had launched a major counter-offensive against the militants. On the 4th of June, the 6 Dogra infantry was heading to the capital of Manipur, Imphal in a 4-vehicle convoy. While they were crossing the Chandel district, on the way, they were ambushed by militants. Tribal guerrillas fired rocket-propelled grenades and detonated improvised explosive devices on the convoy, killing 18 soldiers and injuring another 11 soldiers.

Pride and pain was visible in the family as they mourned the loss of this brave heart. “Entire family has slipped into the shock and mourning. But we are also proud that our brother has laid down his life for the country”, said Ved Prakash, elder brother of Ram Singh.