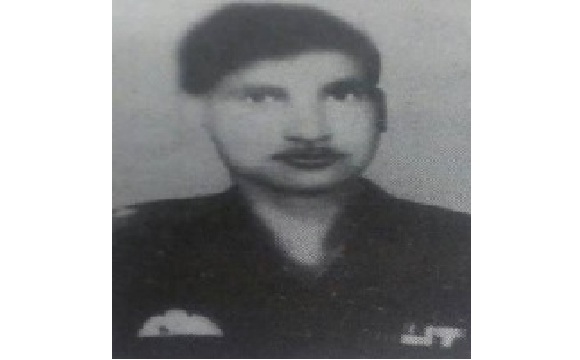 Naib Subedar Madan Lal hailed from Jhunjhunu district in Rajasthan and was born on 9th October 1948. Son of Shri Bhujan Ram, he joined the Army on 13th April 1967, after completing his initial education at the age of 18 years. He was recruited into the Parachute Regiment, an infantry Regiment well known for its daredevil operations. Later he volunteered to be part of the 1 Para(SF) battalion of the Parachute Regiment, the oldest Indian Army SF battalion, which came into existence in July 1966. The battalion specially trained in mountain warfare, and headquartered in Udhampur in Jammu and Kashmir(J&K) was tasked to undertake operations as part of IPKF in 1987-88.

After the induction of Indian forces in Aug 1987 in Sri Lanka, as part of the Indo-Sri Lankan accord, the militants were supposed to surrender but the dreaded LTTE backed out and unleashed a war on Indian forces. The IPKF launched its first operation on 9 October 1987 after formulating a multi-pronged strategy to take on LTTE. Code-named Operation Op Pawan, it was expected to neutralize LTTE operational capability in and around Jaffna. This included the capture or neutralization of the LTTE’s chain of command, which was expected to leave the rebel movement directionless in the face of the impending assault on the LTTE strongholds by the IPKF.  Nb Sub Madan Lal's unit 1 Para(SF) battalion was inducted into Sri Lanka as part of IPKF and got involved in the operations right after its induction. By July 1988, Indian forces had undertaken numerous operations against LTTE but the war was far from over. Nb Sub Madan Lal was tasked for one such operation on 16 Aug 1988 as part of Operation Checkmate IV.

On 16 Aug 1988, Nb Sub Madan Lal was part of a commando team detailed for a search and destroy operation in Alampil forest. He was bringing up the rear of the team, when he heard a distant noise. The team commander asked Nb Sub Madan Lal to take a patrol of 10 other ranks and to go to investigate the noise. Naib Subedar Madan Lal having gone 150 meters to the right suddenly noticed a green tent of militants. Having noticed movement inside the tent, he quickly crawled upto the tent, simultaneously giving orders to his patrol to fan out and then fired two bursts from his AK-47 into the tent. However, when Nb Sub Madan Lal was in the act of changing his magazine, he was fired upon simultaneously from two trenches. Though seriously wounded, he managed to fire his second magazine also towards one of the trenches and hit one militant. He later succumbed to his injuries and was martyred.  In this operation, Nb Sub Madan Lal played a key role in eliminating three militants and wounding six to seven other militants. Nb Sub Madan Lal was a brave soldier and committed Junior Commissioned Officer, who laid down his life in the service of the nation.