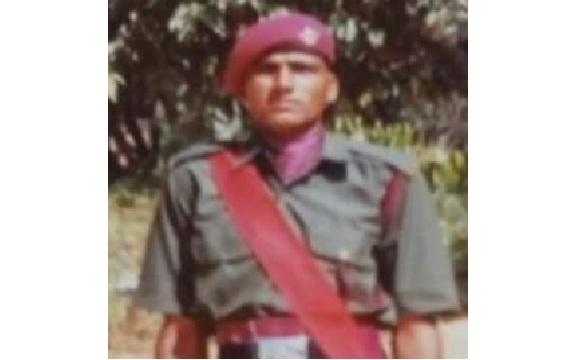 Naik S S Shekhawat SM hailed from Kuchaman city located in the Nagaur district of Rajasthan.  Son of Takore Dev Singh Shekhawat and Smt Mangej Kaur,he was very passionate about the Armed Forces since his younger days. Following his passion, eventually, he got selected and joined the Indian army and was recruited into the He belonged to the 10 Para battalion of the Parachute Regiment, an elite infantry Regiment well known for its daredevil para commandos and numerous bold operations.

During 1999, Naik S S Shekhawat’s unit 10 Para was tasked to spearhead the operations in the Kargil war. After the capture of Point 5100 in the Drass sector, the next important feature that was militarily significant was Point 4700. 10 Para was selected for the task of capturing this feature which dominated the national highway NH 1D by observation. The plan was to capture the feature and the operations commenced as per the plan on 19th May 1999.  Naik S S Shekhawat was part of the attacking company which set off from the firm base towards the objective.
The path was very treacherous and the enemy continuously engaged the advancing troops with artillery and automatic weapons. The enemy was well entrenched but Nk S S Shekhawat and his comrades displaying exceptional valour and dogged determination continued their advance. Eventually the troops of 10 Para engaged the enemy troops in hand to hand fight for the capture of bunkers at the Point 4700. Finally, the objective of capturing Point 4700 was achieved by 0400 hrs on 19th May 1999. However during the heavy exchange of fire Nk S S Shekhawat got seriously injured. He later succumbed to his injuries and was martyred. Nk S S Shekhawat was a valiant and dedicated soldier who laid down his life in the service of the nation in the highest traditions of the Indian Army. He was given the gallantry award, “Sena Medal” for his great courage, devotion to duty and supreme sacrifice.
Naik S S Shekhawat is survived by his wife Smt Banwar Kaur Bati.